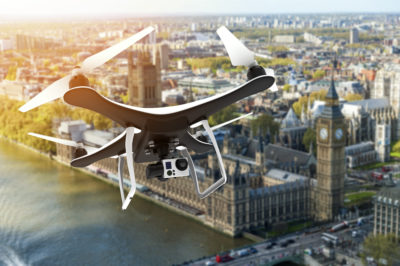 The reality in “the city that spies on you” is that everybody’s activities are under constant surveillance by bureaucrats.

Is the United Kingdom still a free place? Regardless of what you might think, the country’s most prominent city, London, is now known as the “city that spies on you.” Notably, there are now half a million closed-circuit television (CCTV) cameras in the British capital.

In fact, CCTV watches the average Londoner 300 times a day, Medium contributor Felipe Araujo estimates. So, English author George Orwell’s nightmare of Big Brother, a government that watches everybody all the time, is a reality.

“Citizens are monitored daily through local, all-seeing CCTV headquarters which aggregate footage from across the community, helping investigate crimes but also monitoring innocent people in public as they go about their daily life,” Araujo writes.

Life In The City That Spies On You

In one way or another, every resident of the United Kingdom now lives in the city that spies on you. For example, Her Majesty’s government spends an estimated $2.89 billion to maintain four million surveillance cameras each year.

Moreover, the current commissioner, Tony Porter, notes that the level of surveillance has exploded in the past four years. In addition to CCTV, drones, body cameras, and biometrics are spying on Britons. However, Porter did not reveal the specific level of drone and body camera surveillance in the UK.

Hidden Cameras In The City That Spies On You

You never know if you are being watched in the city that spies on you because authorities hide many of the cameras.

In particular, authorities hid 72 CCTV cameras in Muslim neighborhoods in the city of Birmingham in 2010. Authorities concealed the cameras to watch for terrorism. Notwithstanding, most terrorists hide their activities until they are ready to attack.

Specifically, the city that spies on you watches everybody every day. For instance, 408 cameras at two London train stations, King’s Cross and St. Pancras, watch 81 million people each year.

The reality in today’s Britain is that everybody’s activities are under surveillance by bureaucrats in the city that spies on you. Furthermore, there are now rooms full of bureaucrats whose job is to watch citizens’ every move.

“I can’t help but wonder if these people are aware that a group of strangers in a dark room on an industrial estate nearby are sitting back, watching their every move,” Araujo writes of north London residents.

Remarkably, British surveillance efforts now extend far beyond terrorism, Arajuo reveals. To illustrate, bureaucrats at the Enfield Public Safety Centre in North London use CCTV to watch for such infractions as littering.

“We need to log every infraction,” Habib, a CCTV camera operator at Enfield, tells Arajuo. “From garbage bags disposed of incorrectly to gang-related activity, everything matters.”

As a result, police are keeping a record of everything citizens do in the city that spies on you. Bureaucrats are also recording 24 hours a day and seven days a week. Particularly, Enfield uses teams of 22 people to watch cameras for 12-hour shifts.

As a consequence, privacy and freedom are ostensibly dead in the United Kingdom. Big Brother is even watching many residents of the UK every time that they leave home.

The City That Spies On You Comes To America

Privacy is diminishing on this side of the Atlantic as well because the city that spies on you has come to America.

For example, two of the five most spied upon cities in the world are New York and Chicago, The World Atlas calculates. In particular, around 6,000 CCTV cameras watch New Yorkers. In addition, the NYPD deploys license plate readers that photograph the plates of every vehicle driving through the Big Apple.

Nevertheless, The World Atlas ranks New York as only “the fourth-most-spied upon city.” In Chicago, the “world’s third-most- spied upon city,” 10,000 CCTV cameras watch residents’ every move.

Yet, London is still the world’s most spied upon city, The World Atlas estimates. In fact, the Atlas ranked London, home to the mother of all parliaments, as the world’s number one city for surveillance. Amazingly, London is more spied upon than the Chinese capital of Beijing.

You may also enjoy reading an additional Off The Grid News article: State Puts Innocent People’s DNA In A National Database

Or download our free 47-page report on the coming of the great American surveillance state: Surveillance Nation

What are your thoughts on surveillance in London and how it may continue to spread to cities in the U.S.? Let us know in the comments below.

The post Welcome To London, The City That Spies On You appeared first on Off The Grid News.