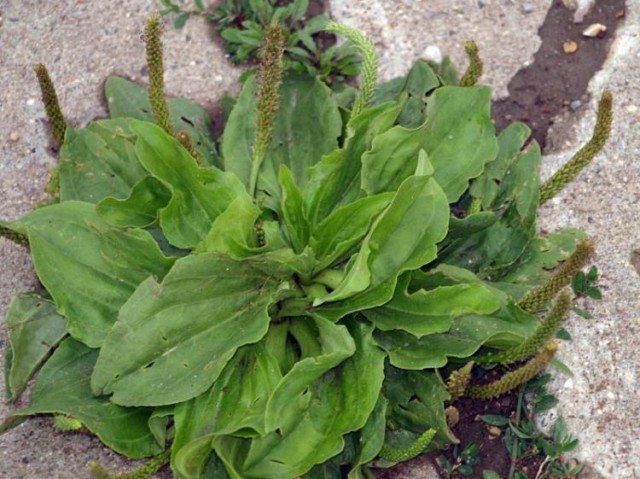 Hikers have always been bothered by mosquito bites and this remedy is great for them, but also for so many others. Plantain is the go-to remedy for plagues caused by mosquitoes because it has an astringent nature which draws toxins from the body. When used, plantain should be crushed or chewed and put directly on the plague caused by bee stings, bug bites, acne, glass splinters etc. Right afterwards bandage the area and let the weed work for 4 to 12 hours in order to heal your plague.

Furthermore, plantain can also be used as a balm in an emergency kit, to generally clean your skin, as a soothing remedy for hemorrhoids, or even for the healing effect it has on the digestive system. You can use both leaves and seeds for the digestive system. If you have lung problems, coughs and colds, it is also advisable to use it. No matter which one of the 200-plus varieties of plantain you want to use, you will get the same positive results, since plantain is known for treating almost everything.

Plantain mostly grows in poor, rocky soil. You can frequently find it alongside dandelion, or growing in construction sites and gravel pits. Native Americans named it “White Man’s Foot” because they noticed that it sprung up where Europeans disrupted the soil.

Try this versatile weed and you will feel so much better afterwards!