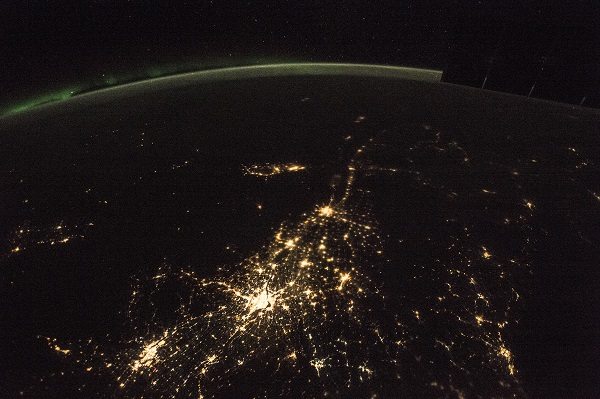 Mention the words “Quebec Blackout” to an electrical engineer or a solar scientist, and you are likely to be in for a lively conversation. That is because the 1989 event, which lit up the sky across much of North America, was caused by a massive solar storm.

Although solar storms with that kind of power are rare, it as an example of the havoc our volatile sun can wreak on our grid-dependent world.

Let’s look at what we know about the unusual 1989 event. Different sources report different dates on when scientists first observed the mammoth sunspot and resulting enormous solar flare that started the event, but sometime during the first week of March that year, astronomers saw a powerful explosion on the sun.

The severe explosion triggered a cloud of gas that had the energy of thousands of nuclear bombs exploding at the same time, according to a NASA report. As a result of these explosions, an intense geomagnetic storm reached Earth a few days later.

The resulting magnetic disturbance caused short-wave radio interruptions, including interference in radio transmission from Radio Free Europe to Russia. Some listeners thought the Cold War was heating up.

TV and radio stations in New Orleans interrupted their broadcasts to tell their audiences about the brilliant colors over the city. In Amarillo, Texas, the fire department went to investigate a possible wildfire after residents reported a large red glowing area north of the city near a river.

The charged particles did more than cause light displays, however. They also induced electrical currents that travelled through the ground throughout much of North America. During the night of March 13, these currents surged into Quebec’s power grid, causing the entire region to lose power for up to 12 hours.

Although Quebec faced the brunt of the problems, the U.S. was not untouched by the event. The New York power grid lost 150 megawatts, New England lost 1,410 megawatts, and the service to 96 electrical utilities in New England was interrupted around the same time Quebec’s power grid failed.

In all, more than 200 power grid problems occurred across the U.S. within minutes of the same surge that hit Quebec. None of the U.S. issues caused a blackout, however. At the same time, satellites tumbled out of control in space for a few hours, and sensors on the Space Shuttle Discovery also went haywire. The problems corrected themselves after the space storm passed.

Could this type of event happen again? Scientists say yes. Both the 1989 Quebec blackout and the Carrington Event of 1859 – which was stronger and took out telegraph machines — show us the need to develop strategies for coping with a massive solar storm.

Since 1995, scientists have monitored geomagnetic storms and solar flares by means of the Solar and Heliospheric Observatory (SOHO) satellite, a project jointly run by NASA and the European Space Agency.

Even with our modern observations methods, however, we still might only get a 12-hour preparedness window for a massive solar storm, according to the 2015 report, “Space Weather Preparedness Strategy,” prepared by the United Kingdom Cabinet Office.

The report said: “Solar activity can produce x-rays, high-energy particles and coronal mass ejections of plasma. Where such activity is directed towards Earth there is the potential to cause wide-ranging impacts. These include power loss, aviation disruption, communication loss, and disturbance to (or loss of) satellite systems.”

A 2008 report by the National Academy of Sciences stated that a widespread power outage from space weather is also possible, and that our current dependence on electrical power to run everything from our financial systems to our water supplies could indeed spark a dire emergency that would cost trillions of dollars and require years of recovery.

“Analysts believe that a direct hit by an extreme CME such as the one that missed Earth in July 2012 could cause widespread power blackouts, disabling everything that plugs into a wall socket,” a NASA news report read. “Most people wouldn’t even be able to flush their toilet because urban water supplies largely rely on electric pumps.”

Additionally, “the total economic impact could exceed $2 trillion or 20 times greater than the costs of a Hurricane Katrina. Multi-ton transformers damaged by such a storm might take years to repair.”

Said Daniel Baker of the University of Colorado, “In my view the July 2012 storm was in all respects at least as strong as the 1859 Carrington event. The only difference is, it missed.”

Do you believe the U.S. is prepared for a widespread blackout from a major solar storm? Share your thoughts in the section below: