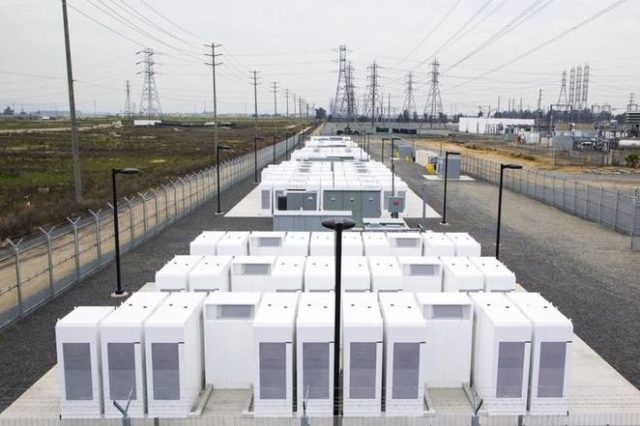 Tesla has become synonymous with innovation and eco-friendly. The famous brand has managed, in a rather short time on the technological scale, to bring forward another innovation, this time in energy production and consumption. Solar power has become popular but they lack one thing in order to be used constantly: power when the Sun goes down. This has been called the duck curve. Sure, there is an amount that it is stored during the day, but practice has shown it is not enough. And people have resorted to natural gas during those periods of a few hours when electricity usage is high. But taking into account the ecological risks natural gas leaks can yield, an alternative has been sought. Tesla brings the answer! From the Nevada factory, the company managed to provide a battery farm (composed of 396 stacks of batteries) which power about 15,000 houses with electricity for 4 hours. This being the right amount of time in order to `kill the duck` or, to be more scientific, to survive the shortage of electricity.

“In commercial-scale electricity generation, the duck curve is a graph of power production over the course of a day that shows the timing imbalance between peak demand and renewable energy production. In many energy markets the peak demand occurs after sunset, when solar power is no longer available. In locations where a substantial amount of solar electric capacity has been installed, the amount of power that must be generated from sources other than solar or wind displays a rapid increase around sunset and peaks in the mid-evening hours, producing a graph that resembles the silhouette of a duck.”

Even the experts are shocked at the speed this is happening at: According to the New York Times,

“I had relatively limited expectations for the battery industry in advance of 2020,” said Michael J. Picker, president of the California Public Utilities Commission. “I thought that it would not really accelerate and begin to penetrate the electric grid or the transportation world for a while to come. Once again, technology is clearly moving faster than we can regulate.”