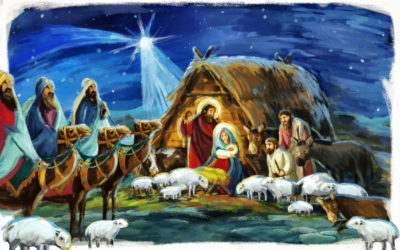 On the whole, LifeWay has discovered that fewer Americans want Christ in Christmas than ever.

New research shows that fewer Americans want Christ in Christmas. Specifically, the number of Americans who think “Christmas should be more about Jesus” fell by 20% in four years.

On the whole, LifeWay has discovered that fewer Americans want Christ in Christmas than ever. In addition, more Americans admit to being unsure about their faith.

Fewer Americans Want Christ In Christmas Than Four Years Ago

The LifeWay Research data reveals that fewer Americans want Christ in Christmas because fewer people are offended by Xmas and Happy Holidays.

Fewer Americans want Christ in Christmas, yet hardly any of them care about the phrase Happy Holidays.

The most likely explanation is that most Americans do not think Happy Holidays takes Christ out of Christmas. For instance, some people think Happy Holidays is respectful to Jews and other non-Christians. On the other hand, Xmas appears to be an explicitly unreligious slang term which offends many Christians.

Overall, college graduates were less likely to agree with “Christmas should be more about Jesus” than the less educated. 59% of those with a bachelor’s degree and 55% of those with a graduate degree disagreed with the statement.

Additionally, more Protestants want Christ in Christmas than Catholics. Notably, 87% of Protestants and 74% of Catholics believe that “Christmas should be more about Jesus.”

African Americans are also more likely to want Christ at Christmas. In fact, 73% of “black, non-Hispanic” people believe Jesus should be in Christmas.

Why Do Fewer Americans Want Christ In Christmas?

LifeWay Research finds that fewer Americans want Christ in Christmas but does not ask why. Further, LifeWay does not provide a reason to explain the surging number of Americans who want Christ out of Christmas in the past four years.

One explanation is the polarizing nature of Christ’s incarnation in the first place. After all, according to scripture, Christ came as Savior to a world in need of repentance. This fact alone creates issues. To celebrate the birth of Jesus is to confess that He came to save sinners. This means that many people become uncomfortable with what looks like criticism. We’re all guilty of this to some degree. Most of us are offended when our weaknesses are pointed out. But it’s more than that. The gospel of Jesus Christ specifies how we are to live. It places very real obligations and requirements on us. Who wants to be told what to do?

But the biggest offense in our culture is to believe and proclaim that there is only one way to salvation.

The truth is, we should anticipate even more hostility to Christianity as Americans continue to press the belief that “anything goes” personally and culturally.

What are your thoughts on fewer Americans wanting Christ in Christmas? Let us know in the comments below.

The post Study Reveals That Fewer Americans Want Christ In Christmas appeared first on Off The Grid News.