Protecting a City and Guarding Our Nation

Ethan Mennen is a busy guy.

Not only is he a full-time detective for the New York City police department, he also serves as a Lieutenant and instructor in the New York State Army National Guard. Mennen says he joined the police force and, eventually, the military because he was searching for a more fulfilling career after brief stints in television production, advertising and as a pre-school teacher.

“On 9/11 I lived a short distance from the World Trade Center. My roommates and I couldn’t go back to our apartment for about a week afterwards due to no running water,” Mennen said. “Shortly thereafter, I took the NYPD test. I was hired by the NYPD in July of 2003 after about a year and a half of testing. It was my first job in law enforcement.”

Though Mennen has family ties to the NYPD (his paternal grandfather was an NYPD detective from 1939-1954), seeking a career as an officer wasn’t something he planned.

“Becoming a police officer was not something that was a life-long goal. It was just something that happened,” Mennen said. “I took the initial test and then went through over a year of testing. They called me one day and said, ‘If you want to be a police officer, show up on Monday.’ And I did. Once I got on the job, I fell in love with it.”

Mennen began his career in law enforcement as a street cop working the 10th precinct (Manhattan’s Chelsea and Hell’s Kitchen neighborhoods.) But he always had his eyes set on the Intelligence Bureau, knowing how prestigious and well-respected they were in the department. In 2010, that goal was realized when Mennen was accepted to the NYPD Intelligence Unit. In 2012, he was promoted to Detective.

“I loved my time on the street and worked with a great bunch of people. I moved on because I was offered opportunities I couldn’t pass up,” he said. Though Mennen loves his job, he says it does not come without its hardships. Finding a good balance between work and a personal life is a constant struggle. In recent years, an added burden has been placed on police officers as they find themselves the focus of media scrutiny.

“The last couple years have not been great in terms of how people perceive police officers. There have been times where I hesitated to tell people what I do for a living because I didn’t want them to have a negative first impression of me,” Mennen says.

Mennen believes that much of the criticism leveled at police officers is due to “reporters” on social media taking things out of context.

“There are people who should not be police officers, but sometimes they get through the hiring process. I do not believe police brutality is the epidemic some people would have you believe. In this age of social media anyone can be an instant reporter. Unfortunately, in many videos, you don’t get the full context of what happened before the camera started. I believe bad cops should be exposed, but you cannot indict the entire profession of policing because of a small number of bad actors,” Mennen said.

Still, he does see some value in the conversations taking place.

“Police officers should be held to a higher standard of behavior. We are the street-level enforcers of the law. Sites like Twitter can provide a great forum for talking about current problems with the institution of law enforcement, but it has to be done responsibly.” After seven years on the police force, Mennen was ready to tackle another goal. In 2010, at age 34, Mennen joined the New York State Army National Guard.

Mennen says that his military training was challenging in an entirely different way than being a police officer is, particularly where self-discipline is concerned.

“The Army instilled a sense of discipline that I had never fully developed. Ranger school showed me what is possible when you remove choice from the equation. When you’re in the field in Ranger school, you don’t have the luxury of choice. You know you’re not going to sleep or eat very much, so you stop worrying about those things. Your body adapts and you develop an ability to lead soldiers in the absence of comfort. It proved to me that people are capable of amazing things that they never thought possible. Once choice was removed from the equation, I realized I was capable of things at 35 years old that I never would have even attempted in my early 20’s,” Mennen said.

Though Mennen was older than many of his fellow infantrymen, he says that his age and experience proved to be an advantage and that he was able to look at things through a slightly different lens than his peers.

“I realized that everything our drill sergeants did was for a reason. They really didn’t hate us, they were teaching us through pain. They had to break us down physically and emotionally in order to become good soldiers. Some of the younger guys took it personally and they became angry. I was old enough to know that everything the drill sergeants did had a purpose. That mentality helped me get through all my Army training,” Mennen said.

After completing basic training, Mennen went to Officer Cadet School and commissioned as a Second Lieutenant. He then completed Infantry Officer School. In 2012, he earned the Ranger tab at age 35, then “walked-on” to Airborne School. He has also completed Air Assault School and Mountain Warfare School, and served as an Infantry Platoon Leader and Executive Officer of an Infantry Company.

In January of this year, Mennen became an instructor at the New York State Regional Training Institute Officer Candidate School at Camp Smith in Peekskill, NY.

Personal Safety and Self Defense

Naturally, his experience both on the police force and in the army makes Mennen an expert in personal and family protection.

“There are steps you can take to protect yourself from becoming a victim. It mostly has to do with being aware of your surroundings. Trust your instincts. They evolved to keep us safe,” Mennen said.

He continued, “If you are uncomfortable in a situation, get out of it. If an elevator door opens and you don’t feel safe getting in it because of someone in there, wait for the next one. If someone taps your bumper your first reaction is to pull over and exchange information. Just be aware of your surroundings. Is it dark? Are you alone? Is there someplace you can pull over that has better lighting and more people? If a car not clearly marked as a police car tries to pull you over, drive to a well-lit public area like a gas station parking lot or a restaurant with other people and then pull over. Any cop should understand.”

Here are some more of his tips:

“You learn pretty quickly on this job that you are not going to save the world, but you can make people’s lives a bit better once they have been victimized. And you can try to help them by offering some advice on how to not be a victim in the future,” Mennen said. “When I retire from the NYPD I would like to work to stop either human trafficking or animal abuse. I feel that those two categories of crime deserve more attention than they have gotten in the past.”

At Survival Life, we try to bring you the best and latest survival tips and news. We also want to introduce you to the experts who can help you hone your survival skills, whether you need help with outdoor survival, self defense or anything in between. Check out our previous interview with outdoorsman Inge Solheim to learn about another master survival expert.

And be sure to sign up for our newsletter so you don’t miss anything! 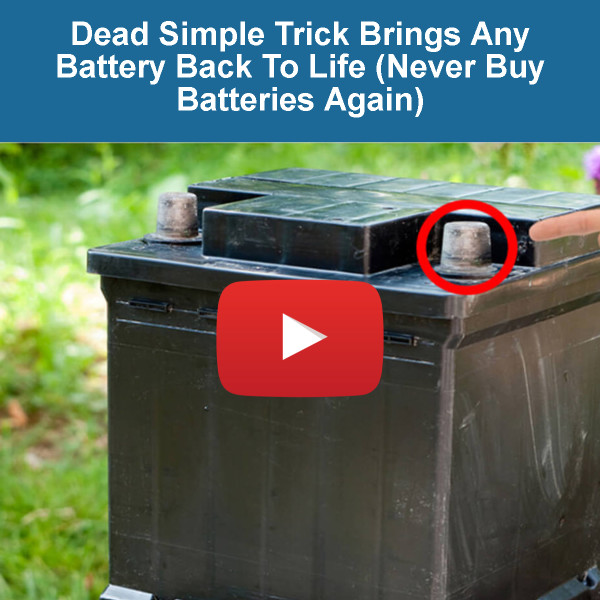