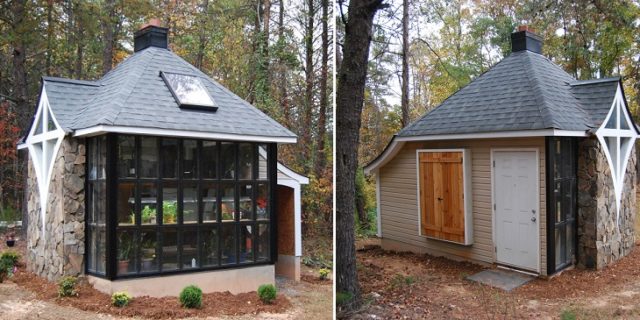 But once his residence was finished, he moved in and kept the tiny house as a guest house. So a few years later Jeff needed space for his tools and garden utensils and decided to build a second tiny house that he would use a storage unit.

This second house’s design revolves around its windows, that were found at a metal recycler for only 3$ each. So Jeff decided to buy the windows and construct the entire house around them, making an extra space for his mower. He filled the interior with plants, this way creating a tiny house that is both a storage unit and an ingenious greenhouse.

This is such a great example of how small spaces can be turned into a new area with several features.