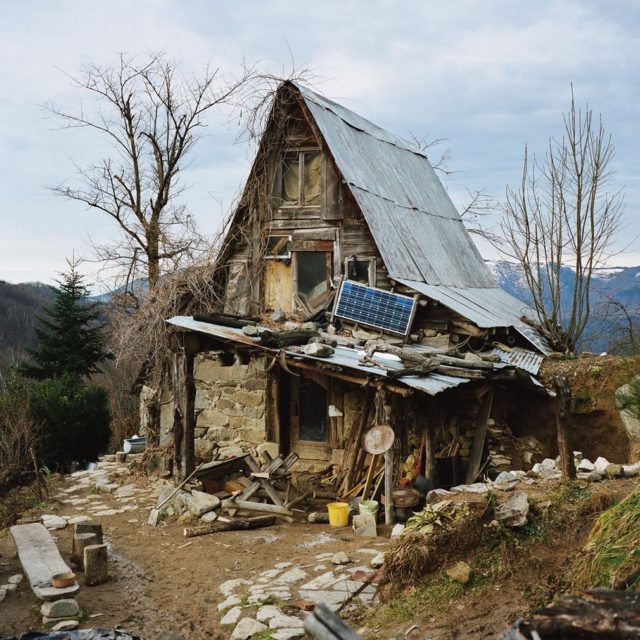 They’ve opted out of cities and started all-new rural lives, building their own straw homes, teepees and bath tubs. Since 2010, photographer Antoine Bruy has travelled from the Pyrenees to Romania tracking down urban refuseniks..

In the mountains, Romania

An alternative habitat in the Pyrenees, France