How to Cook Pumpkin or Winter Squash – 3 Easy Methods 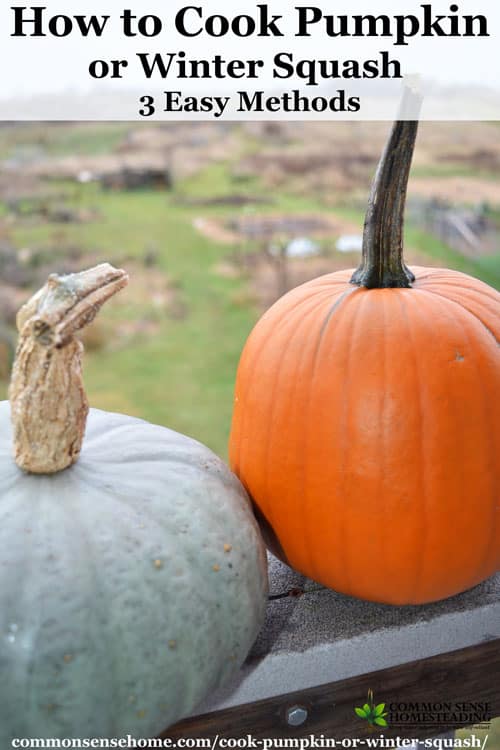 My friend, Eric, messaged me this week asking how to cook pumpkin for pumpkin pie, so I decided to put together a quick guide for everyone tackling pumpkin cooking for the first time. Sure, it's easy to pop open a can of pumpkin from the store, but cooking pumpkin is also pretty darn easy. Like most fruits and veggies, fresh tastes better! We'll cover how to cook pumpkin in the oven, on the stove and in the microwave. Pumpkin and most other winter squash can be used interchangeably in recipes, so the techniques covered here work for both.

How to Make Sweet Pumpkin

Many of us are cutting back on added sugar, so here are a couple tips to bring out out the natural sweetness in your pumpkin: 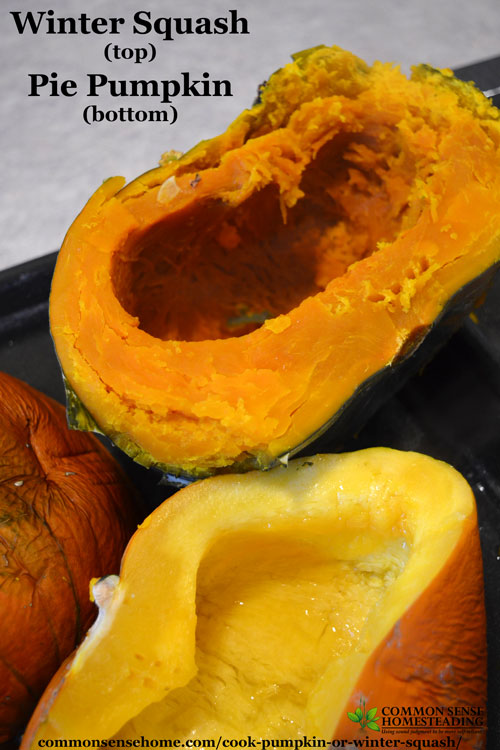 How to Cook Pumpkin in the Oven

Baking a pumpkin or squash in the oven in the option is the option I use most often. It's easy.

All you have to do is:

“Most recipes call for cutting winter squash into pieces. Some winter squash, like blue Hubbard, require a heavy cleaver (or ax) to do the job, while others, such as delicata, have skins that are easily cut or even edible. Butternut can be peeled with a swivel-bladed vegetable peeler. For a very hard squash, the best thing to do is drop it on a concrete floor or paved driveway. Another way is in the microwave. Place the whole squash in the microwave and cook on high for 2 minutes. Allow the squash to stand for several minutes, then cut in half for further cooking. After cutting the squash, remove the fibers and seeds.”

Can you put a whole pumpkin in the oven?

Yes, you can bake a pumpkin whole – just cook it a little longer. I'd rather remove the pumpkin guts in the beginning than fish them out of mushy pumpkin at the end of baking, but to each their own. 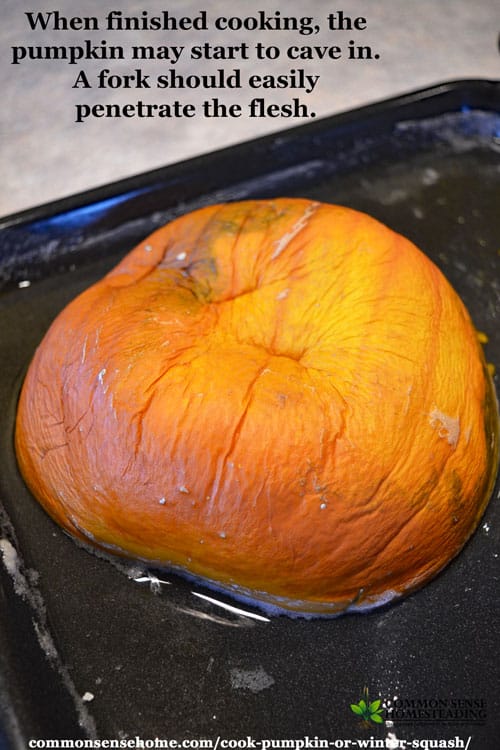 How to Cook Pumpkin on the Stove

If you don't have access to an oven, you can cook pumpkin on the stove top. 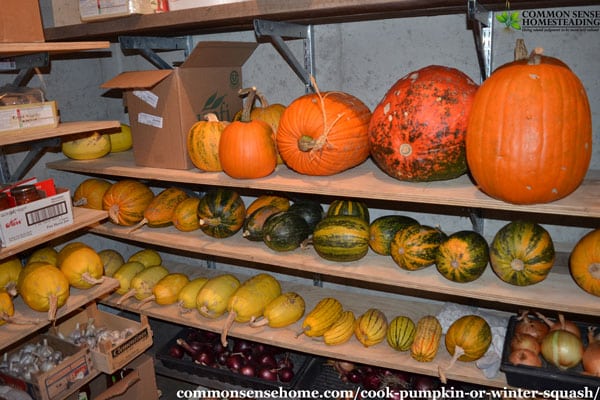 Our pumpkin and squash storage in the root cellar.

How to Cook Pumpkin in the Microwave

I'm not much of a microwave cooker myself, but I know some folks use them for everything. The drill for microwaving pumpkin is similar to other cooking methods. 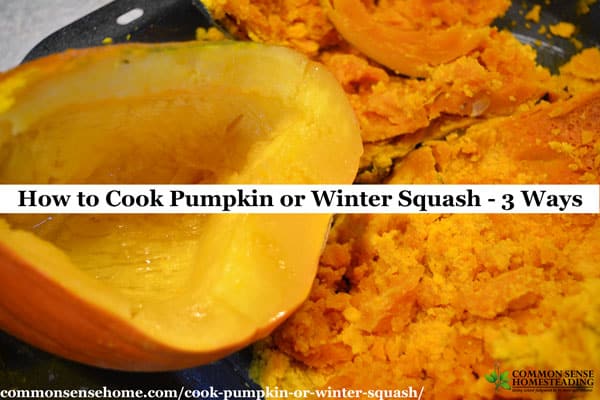 I usually scoop the cooked pumpkin into the food processor and puree until well blended. You can also use a blender, or even a stick blender. Finished puree should be smooth and creamy. Sometimes winter squash is so dry that it doesn't get creamy, and you to add a little bit of water. Another option is to mix half pumpkin and half squash.

How Much Puree Does One Pumpkin Make?

A similar size winter squash will typically yield a little more puree. Pumpkin (squash) puree freezes well. I like to bake up a big squash (or several smaller ones), puree them all, and freeze the puree in portion sizes for the recipes that I use most. You can also store puree in the refrigerator for about a week.

Some of our favorite pumpkin recipes include:

Pumpkin Spice Scones Recipe, Plus the Secret to Successful Scones

Thanks for stopping in, and I hope you find these recipes and kitchen tips helpful. Have any questions or pumpkin cooking tips? Just leave a comment below. 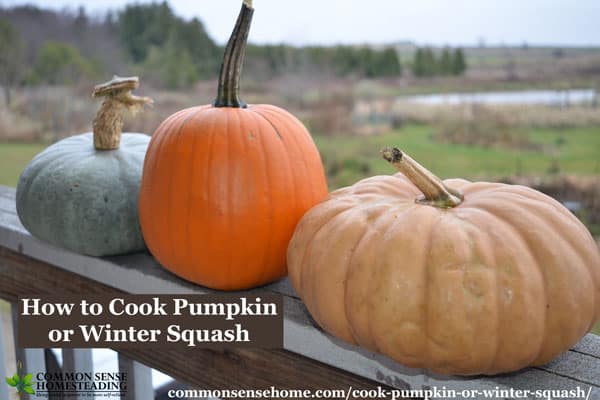