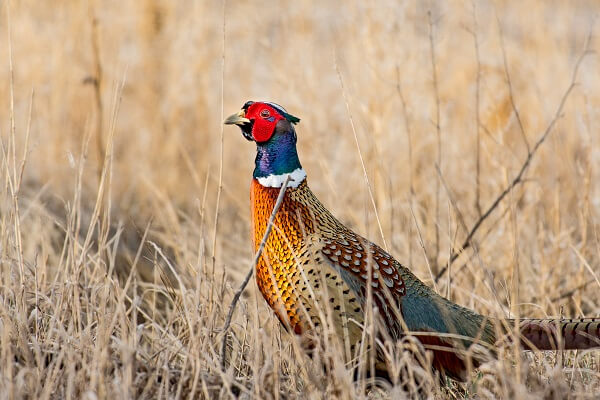 What’s that? Bowhunting? What is this, the middle ages? I’m sure you thought something like that when you read the title. I get it, we have guns nowadays. Powerful ones at that, so what’s the point in using a primitive weapon like a bow and arrow to hunt food?

That seems like reasonable enough logic, but here’s the thing: What if you genuinely find yourself in a position where you need to hunt for survival, and you don’t have a gun on you, or you’ve run out of ammunition?

It’s probably not going to happen, but people do find themselves in situations like that if they end up getting lost while hiking or just traveling in general. It’s actually more likely that hunting will be a necessity for you in a situation where you don’t have your gun on you than when you do.

And when that happens you’re screwed, right? Wrong. Because when it’s just you and nature out there, you can find the materials necessary to craft your own bow and your own arrows. The bow itself can be made from the wood of a variety of different trees, as can the arrows.

As for the string, you can make it from the inner bark of some trees, the material in your own clothes, and if you manage to make a trap for a small animal like a squirrel, you could use their hide. It would be handy to have some tools on you, but nothing more than you’d have out on a hike anyway. Knives, glue, tape. That sort of thing.

So bowhunting is a skill worth learning if you are preparing for a survival situation, and the most likely animals you’ll find in such situations are small game like rabbits, squirrels, and pheasants.

How do you go about hunting these animals with survival bows? Let’s talk about each one individually: I mentioned above that you’re likely to come across pheasants, one of the most popular game birds out there, but other ones that you might see depending on your area are wild turkeys and wild geese.

Birds can be flighty, for lack of a better word, and also quite skittish, so you need to avoid being seen. The slightest movement will set them off, so when you spot your target, stay as still as possible.

All of the feathers will also serve as a barrier for the arrows, especially in the case of those big, wild turkeys, so I would suggest using broadhead arrows. The sharper the better to make sure you can get through that protective coating.

And while the feathers get in the way, the fact that they are prone to falling off can help you scout out the birds. Just follow the trail. Carefully and quietly, of course. Unless you can replicate some bird calls.

In that case, you can be loud and try to attract their attention, but as soon as they’re close enough for you to shoot, quieten down. This is an especially helpful piece of advice in the case of wild turkeys.

We’ve all seen those hilarious videos of people mimicking a turkey’s call and the turkey’s responding, right? Well, the birds really are that stupid and will fall for your amateurish tricks. One arrow should be enough to take them out, just make sure it’s a broadhead. If you fire a broadhead arrow at a squirrel, you’ll shred it. Blunt tips are the better choice here. Again, you only need one arrow to kill it and it won’t take a big one, so go for the blunt tip option to minimize the carnage.

Squirrels are loud creatures when they get startled and their panic will alert other squirrels in the area to your presence. So if you spook one, you’ve pretty much ruined your chances of bagging any squirrels that day.

You have to be slow and methodical about this. Like all bow hunting, it requires quite a bit of patience. But an advantage that you do have with squirrels is the fact that they like to hang out in trees.

There’s often a lot of bustle in the woods which squirrels will get used to because it’s usually not a threat to them. They’ll just stay up in the trees, eating their acorns and not paying much attention to the movement.

Of course, this doesn’t mean that you can be loud, because as soon as they realize it’s a creature bigger than any they’ve ever seen, they will panic. You need to be careful if you want to get a shot from below.

You should stay as low as possible. Keep on the ground if you can and practice shooting upwards from a crawling position or even lower. Don’t shoot directly up, though. Your bow needs to be at a bit of an angle. It’s tough to master shooting at extreme angles but you can learn.

It might be hard to initially spot a squirrel up a tree because of the leaves, but keep an eye out for fallen nut shavings or the scraping sound of the squirrel eating. If you can hear that coming from a tree, try for a closer look because there’s probably a squirrel up there.

Once again, blunt arrows are the right choice here because rabbits are so small. To find them, try and look out for their food source. Weeds, clover, and grass are some of the stuff that you should keep an eye on.

Again, get low and see if you can spot evidence of their feeding. Chewed leaves at about the right height for a normal-sized rabbit and plants that are eaten down to the stem. If you can see that, then they are probably nearby.

You can also watch out for rabbit pellets. Their droppings are pretty distinctive. Take the opposite approach to what I recommended with the squirrels. You are better off being higher to take down some rabbits.

If you can get up on a hill or on top of a rock, chances are the rabbits won’t notice you up there. The ideal scenario is that you kill one while it’s eating, so try and find what appears to be a feeding area and then get yourself a hiding place nearby.

Get up there and wait for the rabbits to come along. Be patient, be quiet, and get comfortable because you could be waiting for a while, but it will be worth it in the end. You could also try and flush the rabbits out if this doesn’t work.

They won’t climb trees like a squirrel, but they are fast. Kick around in the brush to try and get them running, but don’t bother with this unless you’ve practiced hitting a moving target.

While bow hunting might not be as efficient as using guns, it’s a valuable skill to have, it’s fun to learn and practice, and the wilderness is crawling with small game. If you can build up this ability, you’ll have no trouble hunting food in the wilderness.