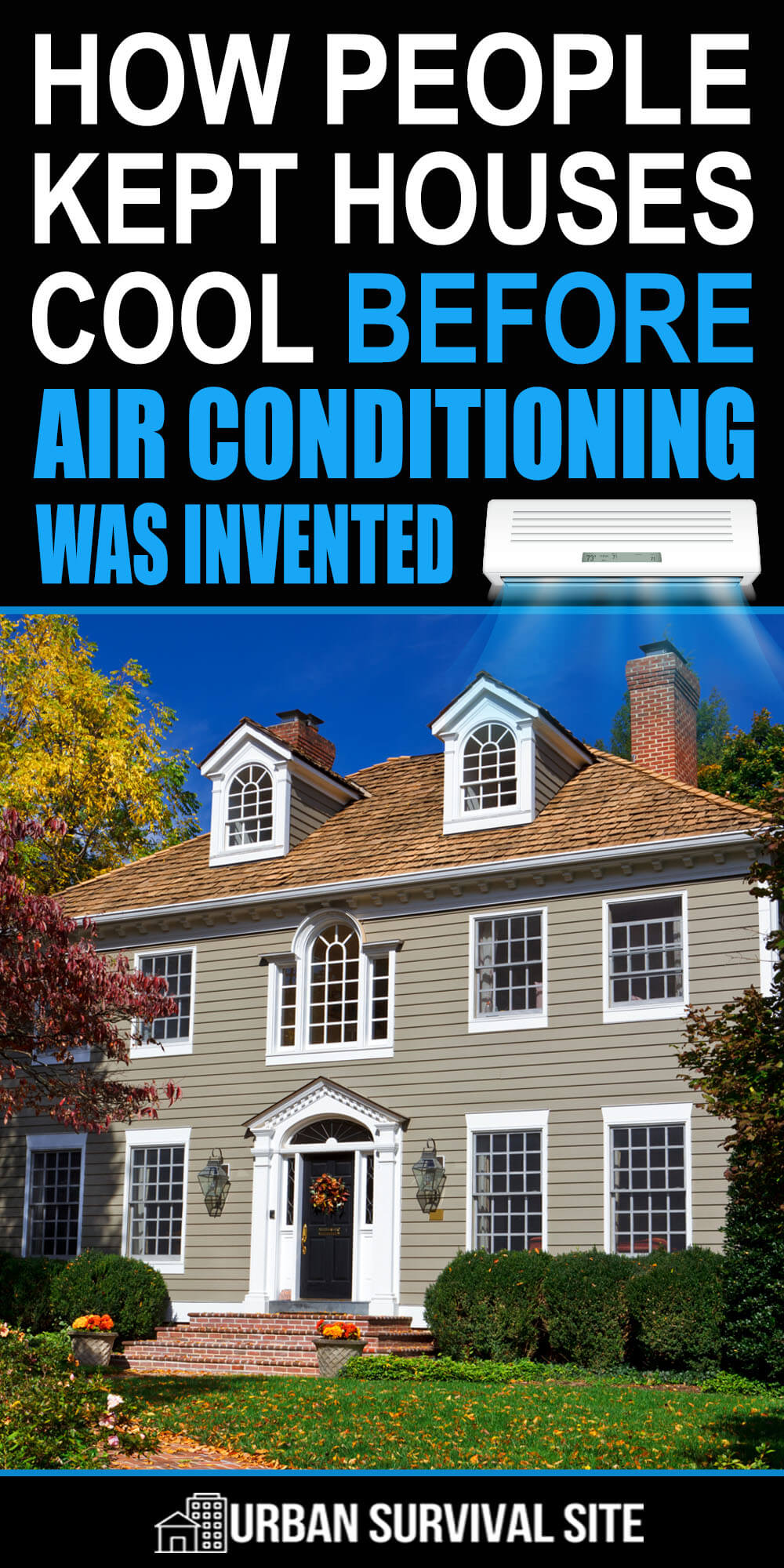 At 112-years-old, my house has aged well in many respects. You don’t find its interesting alcoves, side porches, and attractive columns in modern houses. However, most century-old homes were fitted for central air-conditioning decades ago. Mine has not been.

Whenever people learn I live in a house without air-conditioning, their jaws drop. They stare at me in disbelief. I end some of these conversations by cheerfully telling folks I recently purchased two portable AC units for my children’s bedrooms. However, others often persist by asking me questions about how we manage.

That is when I share some of our hard-learned tips for staying comfortable in a home without air conditioning. They are lessons that our predecessors knew well, and they can help anyone who is trying to save on energy costs or who wants to be prepared for a long-term power outage.

First, notice I wrote “comfortable,” not cool. During an intense heat wave – we usually get more than a few 100-plus days each summer where I live — it is impossible to keep your house “cool” without AC. However, there are things we can do to stay as comfortable as possible. And it is important to keep in mind that even air conditioners can’t do their best work under extreme conditions.

Next, we need to understand that heat can be deadly. According to the Centers for Disease Control (CDC), extreme heat causes more deaths in American cities than all other weather events combined. More than 400 Americans die each year from heat-related illnesses, and the very young and the very old are the most vulnerable. Precautions are necessary, especially for those age groups.

However, our stalwart forebears survived heat waves without technology, and so can we – if we use some of their know-how. Here are 11 ways people kept their houses cool before AC was commonplace.

1. They Used Window Coverings To Block The Sun

You can help your home stay warmer in the winter and cooler in the summer by opening and closing shades and curtains according to the sun’s patterns.

Your ancestors were mindful of the sun’s movements throughout the day, and they kept shades and curtain closed to block out its radiant heat in the summer. Outdoor window awnings are another way our ancestors shielded their homes from the hot sun. 2. They Built Homes With High Ceilings

This design creates a form of internal air convection since hot air naturally rises. (Today, you can hasten this effect by using ceiling fans to draw the hot air up in the summer). Those towers and turrets of Victorian mansions did more than add visual interest; they captured hot air.

Century-old homes have strategically placed windows and doors that are on opposite sides. That was no accident. The plan was to open at the same time to enable refreshing morning and evening breezes to flow through the house. They also closed these windows during the heat of the day to help retain the cooler air and to keep the building heat out.

4. They Added Coolness To The Air

Here’s a trick your great grandmother would have recommended. Hang your wet sheets indoors in front of an open window. As the breeze hits the sheets, it will provide a nice cooling effect to your home – and your laundry will dry energy-free at the same time.

They also created the same effect by placing ice from the icebox or basement in front of a window. (If you like this idea and want to create a modern version of this concept, here is a video for a DIY swamp cooler using only a Styrofoam cooler, a PVC pipe, a battery-operated fan, and some ice.)

5. They Cooled Off With Water

I recently saw a photo taken during a heat wave in London’s East End in the late 1950s. People were outside their crowded flats, fanning themselves with newspapers and taking it easy in the early evening. Many were sitting in chairs with their feet in buckets of water. It works! (So do baby wading pools.)

Another simple way to cool off that our great grandparents used is soaking a handkerchief or bandana in cool water, wringing it out and wrapping it around the neck. (Washing your hair? Skip the hairdryer, and allow your hair to air dry for a cooling effect.)

The term “cool roof” is used today to describe a roof that absorbs less heat and reflects more sunlight than a standard roof. However, many Americans – especially in the South and Southwest – built their homes with this concept in mind in pre-AC days. They used light-colored shingles or painted their roofs white to keep the sun’s rays from heating their homes. Houses – especially those in the South – built in the Victorian era or before usually had one or more sleeping porches. It was common for families to move their beds and bedding temporarily to these covered porches during all or part of the summer. (You can transform a deck or balcony to serve as your own sleeping porch. Kids love it!)

8. They Used Trees And Shrubbery To Provide Shade

Today’s modern housing developments often cut down trees to make room for homes. Home builders did just the opposite in pre-AC days. They tried to design homes near trees that would provide cooling shade.

If that was not possible, homeowners planted trees and shrubs to offer shade to their homes in the summer. This process works well to keep occupants more comfortable all year round. The leaves of deciduous trees help block sunlight in the summer, and when they fall off in the autumn, they allow warming sunlight to reach your home in the winter.

Our ancestors didn’t have the luxury of out-of-season fruits and vegetables and frozen entrees. Instead, they made the most of nature’s bounty during the hot weather. Watermelon, leafy greens, celery, cucumbers, and tomatoes all contain mostly water. Not only do they taste great, but they help keep you hydrated.

In order to stay comfortable in the heat, it is critical to stay well hydrated. Sweating is the human body’s cooling mechanism, but you need to replace that lost water to remain healthy.

10. They Altered Their Schedule

Our forebears planned their chores to fit around the hottest parts of the day. They got up even earlier to do outside work during the heat of the summer, often taking a break during the noonday sun. If necessary, they extended their workday into the shade of the evening hours.

The Cotton Council International reports that loose cotton clothing helps absorb perspiration and allows air circulation to keep your body dry and comfortable. Light-colored clothing also is a good idea because it allows light (and thus heat) to be reflected away rather than absorbed by the fabric.

Staying cool during a heat wave is a challenge for all of us. If you either do not have air conditioning or are trying to reduce your reliance on it, it is even more difficult. Keep in mind, though, that most Americans did not have home air-conditioning until the mid- to late 20th century.

AC is a relatively new luxury. As late as 1993, only 68 percent of all U.S. homes had some form of AC. Now that number is closer to 85 to 90 percent with Americans using more air conditioning than all other countries combined.

For more ideas, check out this list of ways to stay cool without AC.