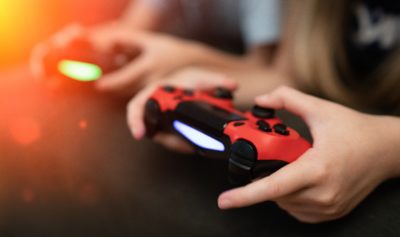 Google spies on gamers and it could eventually sell the data that it collects to advertisers or gaming companies.

Google spies on gamers with its new Stadia gaming platform. In fact, Alphabet (the company that owns Google) uses Stadia as a surveillance tool.

For instance, Alphabet can learn what games you play, how long you play, and what game system you use through Stadia, Eric Ravenscraft writes at One Zero. Moreover, Ravenscraft believes Stadia will give Google “a surprisingly intimate picture of who you are.”

“Google’s going to have players’ data across age, across region, across gender, across genre,” Rachel Kowert predicts. In addition, Kowert thinks Alphabet could monitor players’ social interactions through Stadia as well. Notably, Kowert is the research director at Take This, a group that studies gamers’ mental health.

In essence, Google could learn who you are playing with or what other gamers you chat with. Google could also monitor your payments to see what games you will pay for.

Google Spies On Gamers And Monitors Their Behavior

Additionally, Alphabet’s algorithms and artificial intelligence can learn a lot about your behavior if you play on Stadia.

“A good psychologist should be able to watch how most of us game and understand a whole lot about us,” Jon Festinger says of the data which Stadia collects. Festinger is a professor at the Centre for Digital Media.

For example, Festinger thinks Google could learn “Are you timid? Are you bold? Do you take risks? What kind of risks do you take? What do you see and not see? Where are your blind spots?” from Stadia.

Alphabet already knows your political leanings and interests, Festinger claims. To elaborate, Alphabet learns your interests and beliefs from your search history. Consequently, Alphabet could learn more about your politics or religious beliefs from Stadia gaming.

Alphabet Is Behind Pokemon Go

Alphabet could conceivably design new games with the data that Stadia collects. In fact, they built Pokemon Go with data gathered by Niantic, a Google startup.

Niantic themselves created a game called Ingress to gather the data used in Pokemon Go, Ravenscraft states. Remarkably, Pokemon Go is the most successful mobile game of all time.

Alphabet could eventually sell the data that Stadia collects to advertisers or gaming companies. Specifically, Google states Stadia’s purpose is to “push the envelope of game development.”

Who Is Google Sharing Your Data With?

So, Alphabet could combine data about your Gmail, Google Docs, Google Assistants, Google Lens, Google Store, or YouTube use in tandem with Stadia and then sell it. Stadia as a gaming platform currently operates on a wide variety of devices including smartphones, tablets, consoles, and computers.

In addition, you can play Stadia games through YouTube and other media that Alphabet owns. From this, we can see that Alphabet designed Stadia to help its many platforms make more money.

How Alphabet Makes Money From Your Data

The biggest multi-player game, Fortnite, could have generated $3 billion in revenue from 250 million players, Market Mad House claims. For this reason, one of Alphabet’s goals is to create more games as popular as Fortnite or Pokemon Go.

Alphabet could sell advertising in games as well. In particular, Alphabet made $32.635 billion from advertising in the last three months of 2018. Most of that money comes from ads they place in the Google search engine.

All in all, Alphabet could sell advertising in your kids’ games soon. They could eventually sell data about your kids’ behavior to game developers, toy companies, and candy makers.

How Google Conducts Research On You

Everybody should be leery of Google products like Stadia because Alphabet is a research company, Ravenscraft warns. Alphabet’s business model is to gather data, examine it, and look for ways to make a financial profit from that data.

Similarly, Google is studying gamers’ behavior in order to make money from them. Because of this, it is probably not a good idea to let your kids play Stadia games. If they do, Google may end up using your children as guinea pigs for its next experiment.

You may also enjoy reading an additional Off The Grid News article: Here’s How The FBI Gets Your DNA Whether You Know It Or Not

What do you make of how Google spies on gamers? Let us know in the comments below.

The post Google Spies On Gamers With “Stadia”, Its New Streaming Service appeared first on Off The Grid News.