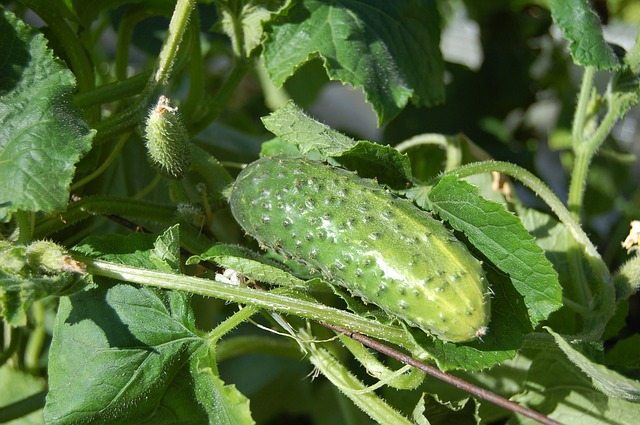 Companion planting makes sense in an organic garden by creating plant diversity and using garden space more efficiently. Some plants work as pest deterrents, while others act as traps, drawing harmful bugs away from more susceptible veggies. Some gardeners are convinced that companion planting doubles the harvest, making it well worth the extra effort.

Get The Best Deals On Non-GMO Seeds For Your Garden Right Here! Beans – Bush beans interact positively with cucumbers, corn, radishes, celery, beets and members of the cabbage family. Pole beans, on the other hand, are a little pickier; they get along famously with radishes and corn, but hate beets. Plant potatoes next to either type of bean if you have problem with beetles, as potatoes tend to repel the pests. Avoid onions, garlic, leeks and chives, which may stunt bean plant growth. Spinach – When you plant spinach and radishes side by side, the spinach works as a trap plant, meaning it attracts leafminers that are capable of decimating your spinach crop. Chinese mustard works in much the same fashion. Spinach also grows well alongside eggplants, celery and members of the cabbage family.

Potatoes – Plant spuds along with beans, eggplant, corn, peas and members of the cabbage family, but locate tomatoes, melons, squash, turnips and cucumbers in another corner of your garden.

Tomatoes – Many gardeners believe that chives can make tomatoes even sweeter. Other good tomato companions include parsley, carrots, celery, asparagus, onions, garlic and leeks. Tomatoes and corn are enemies, primarily because they tend to attract the same pests. Similarly, potatoes are susceptible to the same blight, which means they aren’t good companions for tomatoes. Plant tomatoes away from cauliflower, kale and other members of the cabbage family, which are believed to stunt tomato plant growth.