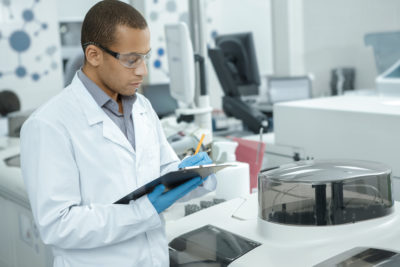 Ultimately, reporters are more likely to publicize fake science published in “scientific journals.” Few journalists have the time, resources, or expertise required to verify real research from a real journal.

Furthermore, Wansink is retiring as head of Cornell’s Food and Brand Lab. Wansink became a widely-quoted celebrity because of his sensational claims about eating behavior.

How Fake Science Is Influencing Your Diet

Media accepted the fake science because Wansink designed it to be sensational. In particular, Wansink and his students doctored data to make their work attractive to journalists, Buzzfeed News charges.

With this intention, Wansink allegedly wrote, “We want this to go virally big time,” in a 2012 email to colleagues. Obviously, publicity and not a search for the truth was Wansink’s goal.

How Fake Science Fools The Media And You

Importantly, Lee describes the tactics Wansink used to spread his fake science. She then shows how fake science fools journalists.

For example, Wansink designed experiments to produce headline-friendly results. With this in mind, Wansink ordered his students to research sensational subjects like all you can eat buffets. In addition, Wansink wanted papers with sensational titles designed to “make quite a media splash.”

Instead of the truth, Wansink told people what they wanted to hear. For instance, his research blames overeating on large bowls and action movies.

Particularly, Wansink included large amounts of data in his studies to make them look legitimate. Correspondingly, Wansink’s goal was to impress nonscientists with lots of numbers rather than research.

Moreover, Wansink reportedly designed his research to fit data after they collected it. An experiment is supposed to verify a hypothesis that a scientist makes before collecting any data.

“Wansink, in contrast, was retroactively creating hypotheses to fit data patterns that emerged after an experiment was over,” Lee writes. To demonstrate, one of Wansink’s grad students allegedly wrote four papers based on research into pizza eating.

Specifically, Wansink’s team used a practice called p-hacking. P-hacking is the process of slicing and dicing data for the purpose of proving a hypothesis. Instead of proving or disproving a claim, p-hackers try to justify it.

“This is really important to try and find as many things here as possible before you come,” Wansink reportedly wrote in his blog. Wansink was apparently telling student Özge Siğirci to doctor data for the purpose of spreading fake science.

Notably, Wansink told Siğirci to go over the data again and again until she found something interesting. Consequently, scientific journals are now retracting some of Siğirci’s papers.

During email conversations, Wansink and his colleagues “strategized how to publish subpar studies, sometimes targeting journals with low standards,” Lee charges. They published papers in subpar publications undoubtedly for the purpose of fooling journalists.

Ultimately, reporters are more likely to publicize fake science published in “scientific journals.” Few journalists have the time, resources, or expertise required to verify real research from a real journal.

Wansink even wrote a blog post describing his methods for publicizing fake science. Further, Wansink and his colleagues explicitly joked about spreading fake science in emails obtained by Lee.

“This is not science, it is storytelling,” University of Virginia psychologist Brian Nosek said after reading the emails. Tellingly, Nosek labels Wansink’s work “research misconduct.”

It is important to realize that Wansink is just the tip the iceberg. In fact, Lee believes his brand of fake science is widespread.

For his fake science, Wansink was rewarded with a high-paying, high-profile job at Cornell and lots of publicity. Wansink’s case shows that the media is full of fake science.

As a result, we need to view all “news” stories about science with skepticism.

You may also enjoy reading an additional Off The Grid News article: What Big Data Companies Don’t Want You To Know About Internet User Agreements

What do you think about the recent trend of fake science and phony studies? Let us know in the comments below.