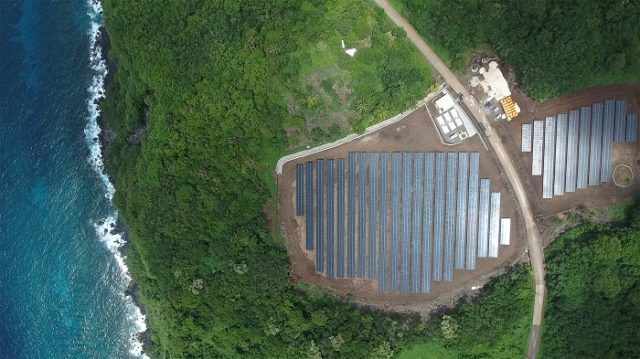 Elon Musk, the CEO of Tesla is well-known and highly appreciated thanks to his visionary ideas. His most recent one, focuses on Puerto Rico which has been recently hit by hurricanes and suffered great casualties. This also means that most of the power grids in the country have been destroyed and Tesla is trying their best to help them restore power sources. Their first step was to send Powerwalls to Puerto Rico, which use solar energy but now Elon Musk is thinking about taking this to a next level. He suggested that Tesla could rebuild entire grid using only batteries and solar power, a highly sustainable power source which will reduce household costs and also benefit the environment. The initial plans of this project are presented in the video on the following link and by heading there you can also learn more about Elon Musk’s future plans for sustainable energy in Puerto Rico.

The South African entrepreneur replied: “The Tesla team has done this for many smaller islands around the world, but there is no scalability limit, so it can be done for Puerto Rico too. ”

“Such a decision would be in the hands of the PR govt, PUC, any commercial stakeholders and, most importantly, the people of PR.”

“This is an opportunity to completely transform the way electricity is generated in Puerto Rico and the federal government should support this,” said Judith Enck, the former administrator for the region with the environmental protection agency.