14 Places To Find Cheap Or Free Land For Homesteading

There’s no shortage of sites claiming to have uncovered boundless acres of cheap or free land for homesteading; too bad it’s mostly bogus.

In reality, there’s a simple reason why affordable land is so sought after: it’s actually quite rare, especially in the United States. The country might be massive, but virtually every inch of good land in good locations was long ago scooped up by big agricultural interests, property developers or just ordinary people trying to make a living.

Nonetheless, for this list we’ve gone to pains to find credible leads on good places to find decent deals on land.

None are guaranteed sources of success, but at least they’ll give you some idea for what to keep an eye out for on your search for cheap or free land for homesteading. 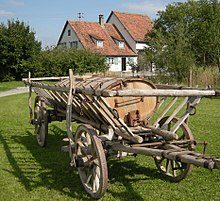 Before we get started, a few notes. Firstly, this list is focused on the US somewhat, but does feature some viable international options. Secondly, you might notice this list disregards a huge chunk of the online rumor mill surrounding claim-free handouts.

Contrary to what many people seem to still erroneously claim, the federal government hasn’t had a homesteading program since the mid 1970s. Even then, public land is almost never sold at anything below market price. So, sorry, but don’t expect to be overwhelmed by options for cheap or free land for homesteading.

The Bureau of Land Management does occasionally sell parcels of rural land, usually wild and usually in the most remote corners of the country. You should keep abreast of these sales, but remember they’re but are rare nonetheless. Of more interest to homesteaders are state and local initiatives.

These can be pretty good in some cases. Some small rural towns are discovering the promise of free land can be a great way to rejuvenate their communities, and bring people back to the countryside.

However, you shouldn’t take these deals lightly. When they say “free,” what they really mean is the land itself won’t cost you upfront, but you’ll still be expected to cover costs to develop your plot. At the very least, you should be prepared to cover the costs of actually building your home, not to mention install basics like running water and sewage.

You should likewise anticipate additional conditions are usually also set on applicants, including a pledge to live in the area for a certain amount of time (usually anywhere from five to 10 years). So if you’re not in it for the long haul, then you might want to think twice.

While we’re at it…

Other important things you should also consider is how much land you actually need, and whether or not you’re really ready for homesteading. Don’t forget to check out a few of our articles on homesteading basics, and what tools you’ll need.

Finally, you should remember that nothing here aught to be taken as financial advice. The purpose of this article is to give new or potential homesteaders some ideas for where to look for cheap or free land for homesteading. Before even considering buying anything, make sure you actually consult a financial professional.

Buying land is a big deal, and requires careful consideration of both your own financial situation and the laws and expectations of a local community. In other words, reading a few articles on the internet should just be the start of your research – not the end!

Cheap or Free land for homesteading in Yukon

Canada’s Yukon stretches across a region larger than Germany, Denmark, Belgium and the Netherlands combined. Barely 40,000 people are spread out across this largely untouched wilderness. Also, it gets really cold, but not quite as cold as you might expect given how far north Yukon is. January tends to see averages around -11C to -19 (12/−2F). Oh, and did you mention they’re actually handing out free land?

To qualify, you need to be either a Canadian citizen or permanent resident, and have lived in the region for at least a year. The largest plots available are 65 hectare (160 acre). Of these, the government tends to hand out around 10 each year.

Candidates have to pledge to pay for surveying, and to make consistent improvements on their property. These aren’t the only requirements, and generally speaking local authorities reserve land for applicants who actually seem dedicated to Yukon. If you’re not prepared to spend at least seven years carrying out agricultural work in freezing cold temperatures, this one might not be for you. If that does sound appealing though, you can find more details here.

Cheap or free land for homesteading in Lincoln, Kansas

So, I have a confession: you’re going to see Kansas appear on this list a lot. After all, the state is a bit of a Mecca for anyone looking for cheap or free land for homesteading.

First up is Lincoln, a small Kansas town that has spent over a decade trying to lure homesteaders with reduced property taxes for their first decade. The local government has also carried out free land handouts in the past. As always, there’s strings attached, so don’t get packing quite yet. Find out more information here.

Once the poster child of how to reinvigorate a country town with free land, Marquette has been on homesteaders’ radars for around a decade now. Their free land program is appealing, to say the least. Remember though: there’s no such thing as a free lunch, and Marquette’s “free” land will still cost you.

You should expect to pay to install sewage and water lines, while adhering to plenty of special requirements. Moreover, in recent years there’s been speculation Marquette has been getting full, so don’t be surprised if you have trouble securing much here. The early bird gets the worm.

If you’re still interested, you can read about experiences of other homesteaders in Marquette here, or find details on the latest hand handouts here. Either way, it’s a great place to start your search for cheap or free land for homesteading.

Cheap or free land for homesteading in New Richland, Minnesota

Plus, you’re expected to build a home on the land within a year, and are expected to fork out for any additional costs associated with maintaining your plot. Additional conditions are set depending on sub division. More information on how to get this cheap or free homesteading land can be found here.

Sometimes they sell that land for for surprisingly low prices. Often, you can expect extreme isolation and difficult weather. Nonetheless, it’s worth a go if you might score some cheap or free land for homesteading. See what they’ve got available here.

This one won’t see you owning any land, but it’s worth considering for anyone hoping to get started. Under a program aimed at preserving historic farms, Ohio offers farmers 60 year leases on public land. The land is in the Cuyahoga National Park.

During sales, you can expect some insanely low prices. For anywhere between $500 to $1000 a month, you get a historic farmhouse and anywhere from nine to 12 acres of land. The land itself is absolutely beautiful. The Cuyahoga park is a dreamscape for anyone looking to get off the grid.

Sure, it’s not a perfect deal (who likes to rent?), it’s nonetheless pretty incredible, and more financially viable for most people than the average build-a-house-get-free-land deal. Find out more here.

The City of Marne, Iowa has been running a free land program for years now. They usually give out land in 80 feet x 120 feet lots.

Most applicants fail to get through the exhaustive list of requirements, but maybe you can? If so, you’ll score yourself some free land in an idyllic Iowa town of just 120 people! As of the 2010 census, barely 50 households remained in the town. It’s small, and perfect for the budding homesteader! The town does ban livestock on most plots though.

Nebraska is pretty much the mid of the mid-west. With rolling hills as far as the eye can see, Curtis is a cute little town that’s been striving to reinvigorate itself for years now. Nowadays, this community offers a great program for free land. As is common, it’s open to anyone willing to build their own house.

You’ll have to match their building specifications. Yet plots come with paved streets and utilities included, so that’s nice. It’s definitely a good setup for anyone looking for cheap or free land for homesteading, though be aware of their requirements.

Oyo, Nigeria: because why not?

Most people know Nigeria for three things: oil, Boko Haram and advance-fee scams. Also, its south west state of Oyo recently announced it had earmarked 250,000 hectares of arable land for small plot farmers. Details are scant on how to apply, and the program itself has already drawn some local controversy.

Anyway, if you’ve ever dreamed of getting cheap or free land for homesteading in a war-torn African petro-state, then dream no more.

Remember how I mentioned you’ll be seeing a lot of Kansas on this list? Osborne is another small Kansas town looking for a second lease on life with its free property program.

Their handouts focus on commercial and light industrial purposes, but some forms of homesteading may be possible. It’s definitely worth looking at, with more details available here.

Speaking of Kansas (again!!!), Rooks County offers a fairly standard deal of free land for anyone willing to build a home on it. Applicants have to commit to securing a construction deal within six months of obtaining their plot, and must build in accordance with the city’s preconditions.

On the plus side, Rooks County also offers a generous property tax rebate under its Neighborhood Revitalization Plan. Homeowners can supposedly expect to save up to 50 percent of their normal land taxes over a decade. More information can be found here. Even though you’ll have to build your own home this is still a great option for cheap or free land for homesteading.

Loop City offers two interesting programs for hopeful home owners, both being in the vein of the typical land-for-a-home deal. Their “Workforce Home” plan offers free plots. They also offer loans for low income individuals willing to build their own home.

If you don’t qualify as low income, you can still apply for a plot, so long as you can commit to building a house on it. You’ll also have to hand over an upfront deposit of $1000. They return this once you actually build the house. So if you change your mind half way through, that’s a grand you can expect to never see again.

“Go west” might be the classic call of the homesteader, but what about south? Land prices in Mexico are generally far lower than anything you’ll find stateside. Plus, Mexico values property investment highly.

This means owning even a cheap home will often allow foreigners to breeze through the visa process. As for where exactly to look, the sky is pretty much the limit. Expats love the southern state of Oaxaca. It has some good, cheap agricultural land in its highlands. You can get some ideas here.

Next if you want to learn more about homesteading and systems that will shortcut your success check out HomesteadingAlliance.com