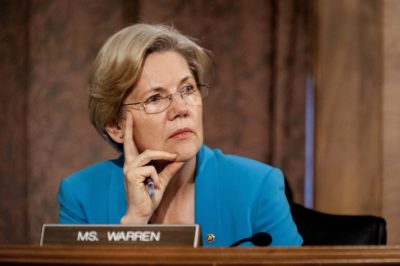 As the 2020 presidential race gets underway, there is certainly no shortage of Democratic candidates who want their shot against President Trump. First off, we have U.S. Senator Elizabeth Warren from Massachusetts.

Warren’s campaign website is now online and asks “Will you join our fight?” In particular, Warren tells supporters she is “fighting for America’s promise for all of us.”

Warren is still somehow a darling of the left as she remains a frequent target of barbs from President Trump. Additionally, Warren is a well-known critic of big corporations.

In The 2020 Presidential Race, Elizabeth Warren Promises To Fight For The Middle Class

“America’s middle class is under attack,” Warren claims in a campaign video. However, her website does not say precisely how she will fight for them.

Warren is a former Harvard law professor who became the first major candidate to enter the 2020 Presidential race. Notwithstanding, Warren is far behind better-known candidates in the polls.

Notably, there is no clear front-runner in the Iowa Democratic caucuses. For example, Biden is the only candidate who gets over 20% of Iowa’s vote. And only three candidates, Biden, O’Rourke, and Sanders, receive over 10% of the state’s support.

2020 Presidential Race Democrats Have No Support

Remarkably, no Iowa Democrat picked Holder or Gillibrand as his or her first choice for the presidential nominee. Consequently, polls show that Biden could be the Democratic nominee in 2018. Nevertheless, Biden has not yet officially announced a presidential run.

On the other hand, the Iowa caucus is a poor indicator of presidential success. As an illustration, Trump lost the Iowa caucus but won the Republican primary and the presidency in 2016. In fact, U.S. Senator Ted Cruz (R-Texas) won the 2016 Iowa caucus but dropped out of the race after losing most primaries to Trump.

So Who Exactly Is All Running In The 2020 Presidential Race?

At the present time, Warren, Booker, Harris, Representative Tulsi Gabbard (D-Hawaii), and Senator Amy Klobuchar (D-Minnesota) have all made their campaigns official. Nonetheless, FiveThirtyEight notes that dozens of other Democrats have already been “acting presidential.”

No major Republican, though, has officially entered the 2020 presidential race. Yet, Ohio Governor John Kasich says he is “very seriously” considering a presidential run, The Atlantic reports. In fact, Kasich was the last Trump challenger to drop out of the 2016 Republican primary.

President Donald Trump still has not made an official presidential announcement. However, there is a Trump/Pence campaign website that is taking donations online.

Given the present circumstances, other Republicans are probably waiting to see what Trump does before entering the 2020 presidential race. Overall, most observers consider Trump the Republican front-runner because he is already president.

In addition, many Republicans are afraid that a presidential challenge will turn Trump supporters against them. After all, current polls illustrate that Trump has overwhelming support from rank-and-file Republicans.

In particular, a recent Gallup Poll calculates 87% of Republicans support Trump. As a result, no Republican wants to oppose the President.

In contrast, Elizabeth Warren remains a divisive figure in the Democratic Party. For instance, Warren’s hometown newspaper, The Boston Globe, is urging her not to run.

Presently, Warren is attracting a lot of attention because of her claims of Native American ancestry. Specifically, Warren claims that a DNA test proves some of her ancestors were members of the Cherokee and Delaware tribes.

“Senator Warren is undermining tribal interests with her continued claims of tribal heritage,” Hoskin says in a press release.

Are The Democrats Afraid To Nominate A White Man In The 2020 Presidential Race?

Warren could be trying to prove she is a “woman of color” because Democrats might be afraid of nominating a white person in 2020.

Tellingly, Democratic strategists worry because their top three candidates in Iowa (Sanders, Biden, and O’Rourke) are white men, The Hill notes. To elaborate, strategists have noted that Democrats won in 2008 and 2012 with Barack Obama. Nonetheless, they obviously lost with Hillary Clinton as the party’s candidate in 2016.

All in all, it looks as if we are in for a long, ugly, nasty, and very dramatic presidential battle. Furthermore, ethnicity could potentially be one of the key issues for each candidate in the 2020 presidential race.

You may also enjoy reading an additional Off The Grid News article: “Cherokee Wannabe” Elizabeth Warren Lied For Decades About Her Ancestry

What are your thoughts on the 2020 presidential race and who the best candidate might be? Let us know in the comments below.

The post As The 2020 Presidential Race Heats Up, Will Elizabeth Warren Stay In? appeared first on Off The Grid News.