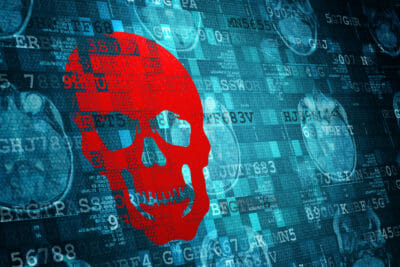 It is only a matter of time before weaponized cyber-bots sabotage the grid.

The bad guys are mobilizing an army of weaponized cyber-bots that can turn every device in your home against you. Moreover, hackers and terrorists can transform anything connected to the internet or the cloud into a weapon.

The Andromeda botnet, a legion of weaponized bots, was reportedly infecting one million devices a month. Frighteningly, Andromeda has attacked with 80 different families of malware, ZDNet reported.

Andromeda is hard to defend against because it attacks through a wide variety of channels. Known avenues of attack for Andromeda’s weaponized cyber-bots include email, spam, instant messages, and social media.

Shockingly, Andromeda is just one of dozens or even hundreds of botnets attacking America’s infrastructure. A botnet is a collection of malware that takes over computers and other devices. Once the botnet seizes control, it starts sending out malware apps known as bots to wreak havoc.

Weaponized cyber-bots held the city of Atlanta hostage on March 23, 2018. Specifically, a botnet encrypted data in the city’s computers, making them inaccessible.

Authorities shut down Wi-Fi and other systems at the airport to keep weaponized cyber-bots out, Phys.org reported. In addition, flight information and wait times were unavailable to passengers because of the attack.

“We don’t want to open up the airport to any possible cyberattack,” city spokesman Reese McCranie said. In fact, botnets can shut down crucial infrastructure without seizing total control.

Weaponized cyber-bots are currently targeting the power grid. Notably, the Puerto Rico Electric Power Authority reported that it was attacked on March 19, 2018.

A nuclear power plant and U.S. energy companies have been targets in recent years, The Atlanta-Journal Constitution revealed. Experts have also considered that the U.S. power grid is a major target for cyberattack, the Council on Foreign Relations reported.

Suspected Russian hackers have developed a weaponized cyber-bot capable of taking down electric grids. The weapon, which people have called CrashOverride or Industroyer, is the first malware designed to attack electric grids, The Atlanta Journal-Constitution reported.

“With a small amount of tailoring (CrashOverride) would also be effective in the North American grid,” the Dragos security firm warned. Dragos researchers believe CrashOverride shut off one-fifth of the electricity in Kiev, Ukraine, during December 2017.

“The malware is really easy to re-purpose and use against other targets,” ESET malware researcher Robert Lipovsky said. “That is definitely alarming. This could cause wide-scale damage to infrastructure systems that are vital.”

CrashOverride is apparently not powerful enough to take out a nation’s grid yet. Notwithstanding, the bad guys are undoubtedly hard at work on weaponized cyber-bots that can knock out an entire national grid.

Russian weaponized cyber-bots have been targeting energy infrastructure, nuclear power plants, aviation, water systems, and critical manufacturing since March 2016, DHS revealed. Secretary of Energy Rick Perry (R-Texas) was so rattled by those attacks that he created a special agency to deal with them, CNN reported.

“This event demonstrates exactly why I am creating an Office of Cyber Security and Emergency Response (CESER),” Perry announced. “It is crucial for the DOE to consolidate and strengthen our efforts to combat the growing nefarious cyber threats we face.”

A likely attack on the grid could involve a bot that places ransomware on a utility’s computers. Consequently, the ransomware would prevent utility employees from accessing critical information or controlling vital equipment.

Disturbingly, either a criminal seeking money or a foreign power could swiftly carry out such an attack. Experts think that governments in China, North Korea, Iran, and other countries can launch weaponized cyber-bot attacks.

Additionally, cyber-bot attacks are hard to trace. For example, a cyber-bot might attack the U.S. power grid from personal computers or smartphones on American soil. The botnet would infiltrate those devices via social media, email, or the Internet of Things.

Weaponized cyber-bots that crooks have designed to steal cryptocurrency have reportedly become common on Twitter. The Twitter bots might be the vanguard of an attack on the grid.

In summary, it is only a matter of time before weaponized cyber-bots sabotage the grid. People who want to keep the lights on should deploy Off-Grid sources of electricity that are not connected to the grid.

You may also enjoy reading an additional Off The Grid News article: The Danger From The Smart Grid That No One Is Talking About

Or download our free 28-page report on the top 9 threats to the power grid: Black Out

What do you think about the dangers posed by an army of weaponized cyber-bots? Let us know in the comments below.

The post Army Of Weaponized “Cyber-Bots” Targeting Airports And Power Grids appeared first on Off The Grid News.