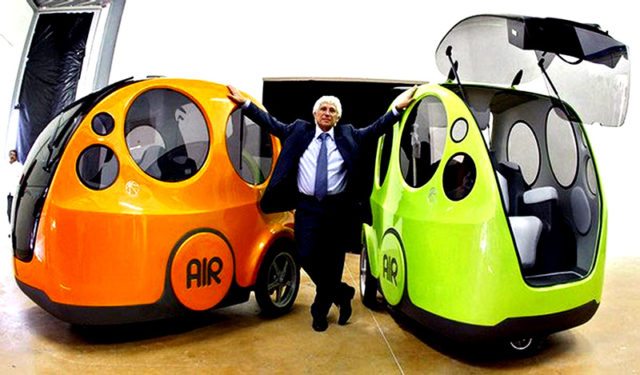 A car that runs on air? Sounds too good to be true, right? With AIRPod this idea became reality, as it is the first auto that runs on air. The product is the result of years and years of research in the field of sustainability. AIRPod was first presented to the public in 2009 in Paris and its creators would like to introduce it to the rest of the world. This car is a tiny one and has lots of advantages: small price, eco-friendliness and a cool design. The AIRPod is an alternative fuel vehicle in development by Motor Development International and Tata Motors that is powered by compressed air.

In September 2013 it was announced that the car would be manufactured in Sardinia, Italy,for sale in summer 2014. As of 2016 no car has yet been manufactured.

The standard version is designed for the transport of persons. It has four seats (3 adults and one child) and has space for luggage. It is dedicated to multiple uses as in the private and public sectors. Airports, train stations and municipalities also need a cheap, non-polluting car with high mobility.