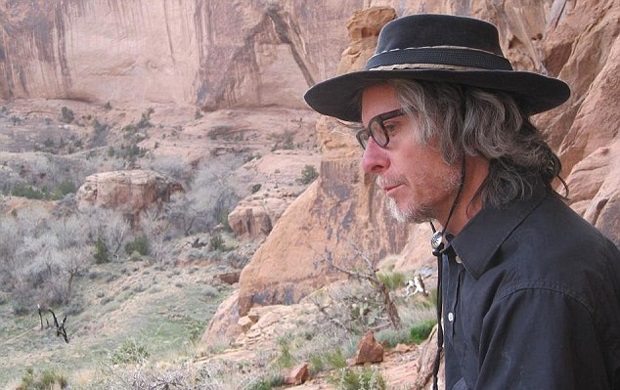 Daniel Suelo decided to give away all his worldly possessions. He considers that his life truly began after this moment.
Mark Sundeen has known Suelo for 20 years before he took this journey far away from civilization and with no money. At the beginning, he believed that Suelo lost his mind. In the video bellow Sundeen declares that “He said money was an illusion, and I didn’t really believe that”. However, when the 2008 economic crisis hit the world and “money just disappeared” Sundeen thought “maybe Suelo had a point.” Witnessing Suelo’s story determined Sundeen to write about it.
Suelo has lived without money for nearly 15 years. He did not accept any money or governmental assistance. Furthermore, he refused to even barter or trade.
“My philosophy is to use only what is freely given or discarded and what is already present and already running, whether or not I existed,” Suelo expressed on his blog “Zero Currency.”
“Our whole society is designed so that you have to have money,” he adds. “You have to be a part of the capitalist system. It’s illegal to live outside of it.”

Besides giving up money, he threw away his passport and driver’s license. He didn’t really need those two since he also changed his legal name from Shellabarger, to Suelo (soil in Spanish). Suelo has spent almost 15 years camping in the desert, staying in caves or in communes around the country. Sometimes he spent the night at strangers.
For various years he stayed in a cave which was placed on the edge of a cliff in Utah’s Arches National Park. There, he carved a bed out of a rock, searched for food and drank from springs. Among the things he ate were mulberries and wild onions, scavenged road-killed raccoons and squirrels, and groceries from dumpsters. When he was out of that place, he left a note for hikers and travelers, where he said: “Feel free to camp here. What’s mine is yours. Eat any of my food. Read my books. Take them with you if you’d like.”
Even though there are many who think that the system would collapse if everyone would suddenly decide to live like this, Sundeen argues that “if everyone keeps living like the average American, the world will actually collapse much more quickly.”

In order to take care of his old parents Suelo decided to move back to “civilization” in Fruita, Colorado. He still doesn’t use money, but he had to get another driver’s license to drive his parents around. Suelo lives now near a river where he tries to use as little as possible and give as much as he can.
“We can cultivate freely giving and freely receiving no matter what station of life we’re in. That’s our true nature. It exists in everybody.” Suelo says in the video above.
“Wild nature, outside commercial civilization, runs on gift economy – freely give, freely receive – thus it is balanced. Commercial civilization runs on consciousness of credit and debt – knowledge of good and evil – thus it is imbalanced. What nation can even balance its own budget or environment? Gift Economy is Faith, Grace, Love – the core message of every religion. The proof is inside you. Wild Nature is your True Nature, crucified by commercial civilization.” ~ Daniel Suelo