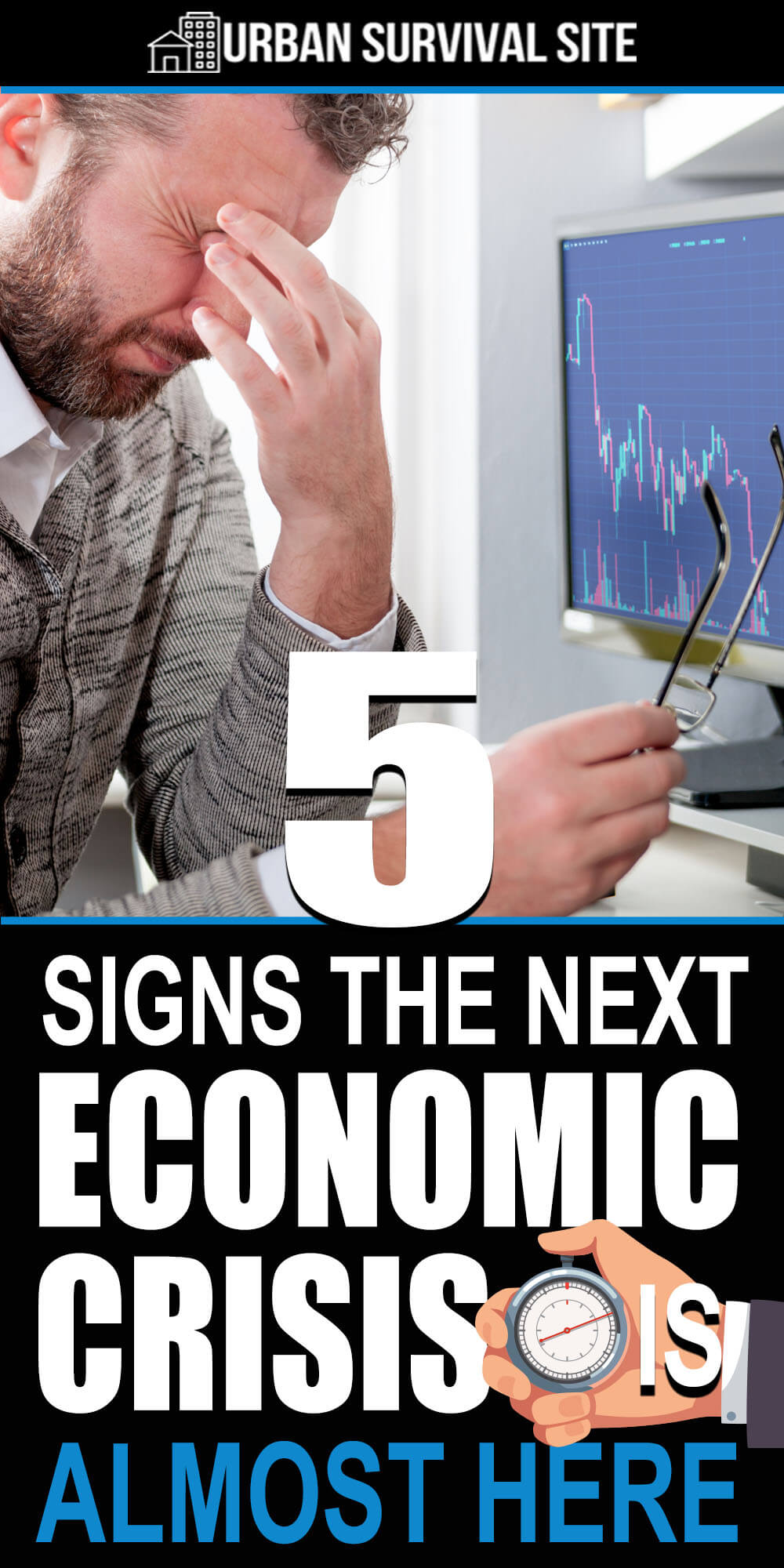 Of all the ways that society could come to a sudden halt or crash down spectacularly, a complete economic collapse is one of the more likely, deadly, and quickest ways a country may be brought to its knees.

History is filled with examples that we can look to for what may happen in the event of complete economic collapse – Weimar Germany, the Soviet states in Eastern Europe in the ’70s and ’80s, and the Great Depression all caused the affected countries to go through throws of violent chaos.

The most modern example, Venezuela, shows us exactly what we can expect to happen in the event of sudden economic collapse. Massive spikes in inflation (Venezuela currently is experiencing a 1000% inflation rate) wipe out savings overnight, governmental nationalization of industries and businesses in an attempt to get a handle on the situation, and when that doesn’t work, violent repression of the population’s growing discontent.

The most terrifying aspect of an economic collapse is how quickly and unexpectedly it can happen. One day life is normal, the next you can see everything falling apart before your very eyes. Market shelves run empty, banks shutter their doors, and the utilities we depend on for life like electricity and running water begin shutting down. Without proper awareness and preparedness, you and your family can easily be swept up in the chaos.

In order to be prepared for a sudden economic collapse, you have to be aware of the signs. What sort of things can tell you that a collapse is approaching and how bad it will be? Let’s look at the most common and most damning portents for economic downturn and disaster:

This is one of the most accurate predictors of a recession and the one you need to pay the closest attention to.

A typical yield curve has short term debt bonds paying out less than long-term bonds (I.E. a 2-year bond offering 2% interest and a 10-year offering 5%). An inversion occurs when the short-term bonds begin being valued higher than the long-term bonds.

This inversion is due to a greater demand for long-term bonds over short-term bonds, which means investors think a longer-term yield will protect them from incoming recession. Tracking the decisions of the oft-maligned central bank is another essential part of economic vigilance – the Federal Reserve in the U.S. controls a number of different aspects of the economy and its decisions can easily cause economic chaos.

Increasing these rates typically leads to significant economic slowdowns, however, so the Fed only does it when it believes the economy to be strong enough to handle the hikes or when inflation begins spiraling out of control.

When the Fed announces a plan to increase rates, then reneges on those plans, it’s very often a sign that the economy is in for rough seas in the very near future. And this year, the Fed has decided to stop raising rates.

The stock market is the most visible economic indicator, though it’s not usually useful for forecasting as the market is a reactionary entity rather than a predictive one. Once the market falls, it’s already too late for preparations.

A highly volatile market, however, is highly indicative of deep-seated problems in an economy. 2018 marked one of the most unstable market years in recent memory, with record high valuations followed by a quick crash before quickly climbing right back up to surpass its previous highs.

This volatility points to a huge amount of uncertainty on part of investors. The Fed’s decisions, the increasing level of strife and political turmoil around the world, the conflicting economic reports, and geopolitical movement all make investors nervous.

There is one thing above all others that causes market crashes, and that is uncertainty. Investors are a skittish bunch, and any indication that things are about to go bad will cause them to bolt like a herd of wild horses.

The more money people are making and the more confident they are about the future, the more likely they are to buy property. Construction rates boom during good times and they’re the first to see a slowdown when the economy begins to sputter.

Since the highs of the post-recession revitalization of the residential construction market in 2016-17, housing construction levels have reduced by a full 15%.

The real estate and construction markets are the pulse of an economy – if they are slow to non-existent, it almost always means that a crash is not far away.

This one can be difficult to get a handle on, as the world is a violent place and in constant turmoil. Certain areas are highly productive linchpins of the global economy that contain a resource or a number of resources that we require for an uninterrupted modern lifestyle. It could be a mineral, a rare earth element, or even something as simple as food.

An example of this is the 2018-2019 winter that struck the United States’ MidWest region. During the initial thaw, ranchers began the calving process for next year’s beef stock, and farmers began filling silos with grain for seeding. An unexpected and wildly powerful late winter storm came through the region, delivering several feet of snow and rain in the space of a couple of days.

In the following weeks, another thaw caused an ice flow that destroyed everything in its path, causing hundreds of billions of dollars’ worth of damage and killing over a million newly birthed calves. This event will spike food prices in the U.S. and abroad, leading to a massive reduction in demand for goods which could trigger another recession.

To best forecast these kinds of economic recessions, pinpoint certain locations with resources that are necessary for modern life and tailor your news feed to keep up to date with their current status.

What Should I Do?

Just keep preparing. Make sure you have plenty of emergency food on hand, and if a major collapse occurs, you’ll be able to eat. But even if only a mild recession occurs, your food cache will help you stretch your grocery budget if prices go up or money is tight. And don’t forget about water.

During recessions and depressions, crime tends to go up, so make sure you have plenty of home security measures in place. You may also want to consider getting a gun for home defense.

If things get really bad, you may have to leave the city. In case that happens, make sure you have a bug out bag and a place to go.

The time to prepare is running out. Don’t waste it.