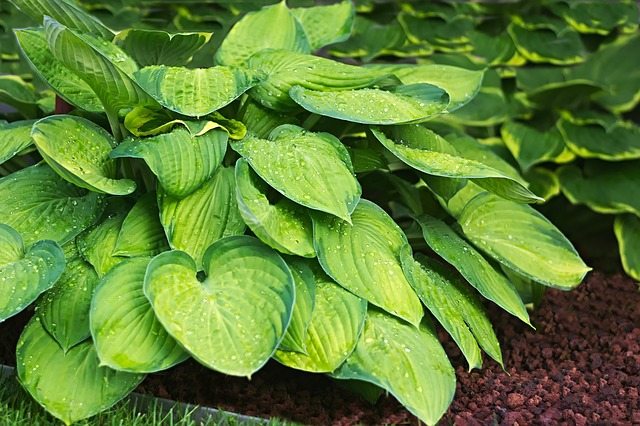 I have a long history with conventional medicine and allergies. More than a handful of times, I ended up in the hospital due to a reaction from the treatment for an illness. Should the cure be worse than the illness? Well, my mother didn’t think so. She turned to nature for my herbal first aid — and I’ve been using herbs ever since.

One of the best parts about herbal medicine is that it is generally free and can be found right outside your door!

Herbs and weeds have been used as medicine since the beginning of mankind. As a matter of fact, herbs are still the building blocks for many conventional medicines.

According to the University of Minnesota, “It is likely that humans have used plants as medicine for as long as we have existed. Archeological excavations dated as early as 60,000 years ago have found remains of medicinal plant.”

Aloeis the only plant that I seem to have a green thumb for. Incidentally, it is the first herb I ever recall using as a child.

Often seen in many homes as a decorative plant, aloe Vera is effective in treating minor burns, sunburns and scrapes.

Be Prepared: Get The Ultimate In PORTABLE Solar Power!

Aloe Vera is an evergreen succulent that grows wild in tropical climates around the world. In colder climates, aloe Vera can be grown indoors as potted plants.

According to mythology, the Greek hero Achilles used yarrow to stop the bleeding in his soldiers’ wounds.

Recently after a construction accident, my husband had a wound on his foot that nearly reached the bone. Unable to get to the doctors, I applied a yarrow compress to get the bleeding under control until he could receive medical attention. We have successfully used yarrow several times through the years to treat wounds and to stop bleeding.

Yarrow is a common weed that often can be found growing on the sides of the road. Yarrow (Achillea millefolium) tends to grow best in sunny and warm climates. However, I’ve had success growing it in my shaded garden, as well.

Through numerous devices – clotting, unclotting, neurovascular control, flavonoids, etc. – yarrow regulates the flow of blood to and from the surface, in and out of the capillaries and venules, thickening and thinning. Through this, it cures all manner of wounds, bruises, hemorrhaging and clotting.

I bet you’ve walked by this herb thousands of times without even realizing it, but plantain is the perfect treatment for bites and stings. Plantain has astringent properties that help reduce swelling and draw out the toxins from the bite.

When our daughter was just a couple of years old, she was playing with some wind-chimes. Little did I know that hornets had made a nest in them. She ran screaming to me with tears running down her cheeks from the pain. We instantly rushed outside to where I knew plantain was growing, mashed it up, and applied it to the stings. Within just a couple of minutes, the swelling was gone — and so were her tears.

I often laugh when I think of this herb, because for years I was told it was a sign of disease in a tree. Little did I know that usnea wasn’t a disease, but a cure!

Usnea is a pale grayish-green lichen that grows like leafless mini-shrubs or tassels anchored on bark or twigs. It grows all over the world and can usually be found on sick or dying trees.

Back in the 1980s, I watched a movie where they treated a headache with eating tree bark. That was my first introduction to the medicinal properties found in willow bark.

From the University of Maryland Medical Center:

“The bark of white willow contains salicin, which is a chemical similar to aspirin (acetylsalicylic acid). In combination, with the herb’s powerful anti-inflammatory plant compounds (called flavonoids), salicin is thought to be responsible for the pain-relieving and anti-inflammatory effects of the herb. In fact, in the 1800s, salicin was used to develop aspirin. White willow appears to bring pain relief more slowly than aspirin, but its effects may last longer.”

If we take the time to study, learn and observe nature, we will realize that it offers us everything that we need to live. From food to medicine, the answer is often right outside our door.