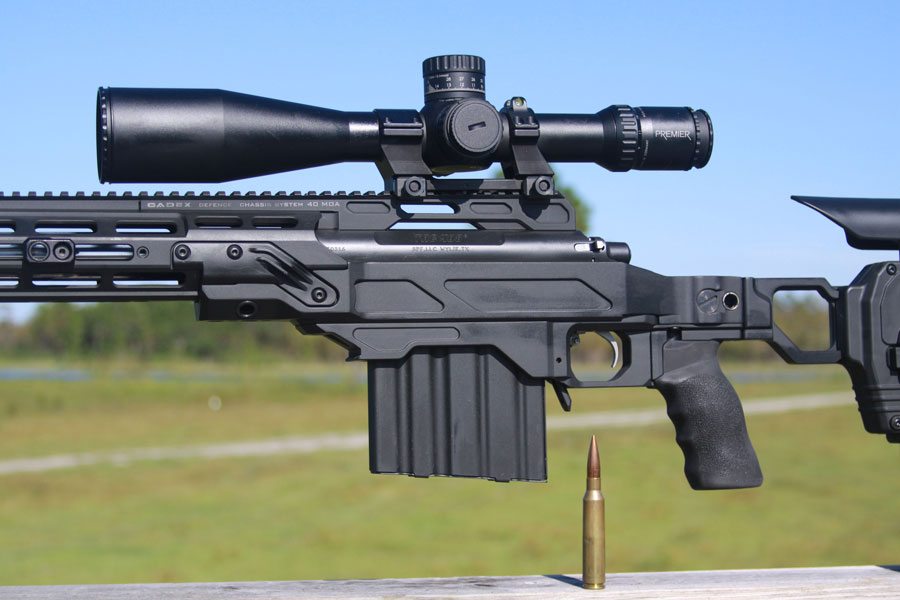 Perhaps the most impressive display of marksmanship is true long-range shooting. Reaching out to a target at 1,000 yards or beyond requires skill, knowledge and lots of practice to do it right.

While some may deem it as impractical to hit a target at half a mile, the amount of research that goes into selection of the rifle, optics and ammunition — plus learning how to read wind, observe the effects of humidity, air pressure and elevation are all factors that will make you a better shooter in the long run.

Yes, it is true that long-range shots can be made with typical rifle calibers such as 308 Winchester, 30-06 Springfield and 7.62 X 54R, but these calibers were not designed with extreme ranges in mind.

Here are four long-range rifles you should consider:

Maximum effective range is out to 1,200 yards, and the round really comes into its own at 800 to 1,000. One of the advantages of the 300 Winchester Magnum is that it can be loaded in a long-rifle action rather than a more expensive Magnum receiver.

All of the big-name rifle companies manufacture a bolt-action, but two of our favorites are the Savage 110FP with Accutrigger and the Winchester Model 70 Extreme Weather SS. The Savage retails for under $900 and the Winchester can be had for closer to $1,100.

For working your way up into long-range shooting, we recommend the 300 Winchester Magnum as a good starting point, particularly if you want to step down to a 308 and really put those long-range skills to work in a smaller caliber.

In what was probably the first round designed from the ground up as a sniper cartridge, 338 Lapua is our personal favorite long-range round. Developed from the 416 Rigby case, the inventors of the round learned a critical factor in designing ammunition with regard to pressure: hardness of the brass was more important than its relative thickness.

The world record for the longest confirmed sniper shot at 2,707 yards (1.5 miles) was achieved with this round by a British Army sniper, Corporal Craig Harrison.

Personally, I have been running a Savage 110 BA Chasis rifle for the past 5 years with no complaints besides its weight. I bought mine secondhand for around $1,200. MSRP is a bit higher, but rifles such as these turn up used every now and then due to their specialized nature and ammunition costs, and sometimes people want to upgrade to a SAKO, Accuracy International or a Barrett.

The Chey-Tac M200 Intervention is the bolt-action rifle built to handle this round, and shooters have been documented firing a group of 3 shots within 16 inches at 2,321 yards. That kind of long-range accuracy comes at a hefty price with this model starting at $11,700 from the manufacturer. They throw in 200 rounds ($1,400 worth), but you still need to provide your own optics.

While the other three rounds in this category may have an advantage in economics (300 Winchester Magnum), accuracy (338 Lapua Magnum) or range (408 CheyTac), the 50 BMG is still the king of the domain of long-range shooting.

Developed by the great John Browning for use in his M2 machine gun, the round is a scaled up 30-06 cartridge that launches a 660 grain bullet.

A number of manufacturers support the 50 BMG, such as Barrett Firearms, Serbu Firearms and small builders throughout the western United States.

Some states and cities outlaw the 50 BMG, as do a number of rifle ranges. This may be a factor in selecting another caliber or something that goes into the decision-making process if researching your own.

Ammunition prices fluctuate greatly on the 50 BMG; to get the most accuracy out of your long-range rifle, you may want to look into hand loading your own. Of course, be advised that components, dies, etc., will be more costly than most of the others.

Beyond extending your range with a rifle in defense of your home, developing the skills of a long-range shooter will increase your skillset in other shooting disciplines, from marksmanship and breath control to reloading ammunition. It also will give you an insight into how your other firearms perform and help you realize first-hand the concepts of having a free-floated barrel or a match trigger.

Which long-range rifle do you prefer? What advice would you add? Share your thoughts in the section below: