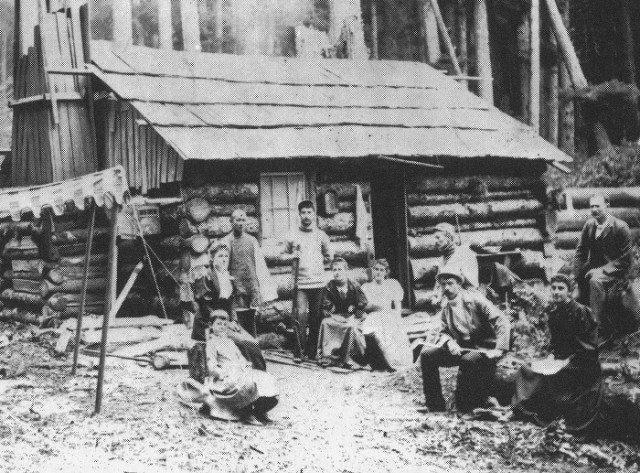 If you are going to take a person from the most urban city of the planet and move him or her into the countryside, not even the wild, there’s more than 50% chance they will have difficulties adapting to the new environment. Modern lifestyle has turned people into highly-dependent beings; whether it’s dependency towards the car, towards the supermarkets, towards technology, you name it – it’s there in the majority of inhabitants of a city.
It’s quite rare that young people growing up nowadays now something about basic carpentry or mechanic work. It may not sound like the end of the world, but in emergency situations you better know some stuff. The following 10 survival skills are simple and people should start learning them if they want a competitive advantage against their fellow youth.

During World War II, there was a campaign for people to plant “Victory Gardens” at their homes. These vegetable gardens were needed to alleviate food shortages, because so much of the nation’s produce was being sent overseas to keep our troops and those of our allies fighting. With fewer men available to work the farms, there was less produce available.
This custom of having a vegetable garden in one’s backyard survived for many years after the war was over, but it gradually died out. Today, when many people think of gardening, they are thinking of a flower garden. While those are nice to look at, they don’t give you much to eat.
Starting and growing a vegetable garden can be harder than most people think. When I started gardening, it took me three years to get more than just herbs and a smattering of produce out of it. I’m glad I didn’t wait until I needed that garden for survival.

Although the industrial revolution took place more than 100 years ago, many people continued to raise at least a small amount of their own livestock at home. This led to cities enacting ordinances limiting what animals people could keep within city limits.
Raising dogs and cats is much different than raising chickens, rabbits and goats for the table. A large part of being able to raise these animals is recognizing their needs and being able to diagnose their sicknesses. Farmers don’t depend upon the vet for most illnesses; they take care of it themselves.

Everyone in your great-grandparents’ generation knew how to hunt and fish for food, it wasn’t a sport or hobby for them, it was a way to provide for their family and cut down on food costs. It didn’t matter where they lived, if they lived in a rural area or if they lived in the city. Being able to kill or catch their own food was an essential survival skill and it proved very useful, especially during harsh times, like the Great Depression. Raising an animal is one thing, butchering it is another. Few hunters even know how to properly butcher an animal, as most take them to a butcher for cutting up and packaging. Yet, an animal which is not properly cleaned and butchered can cause disease. You can also waste a lot of good meat by not doing it correctly.