American demographics are no longer “white and Christian” as they were earlier in our countries history. 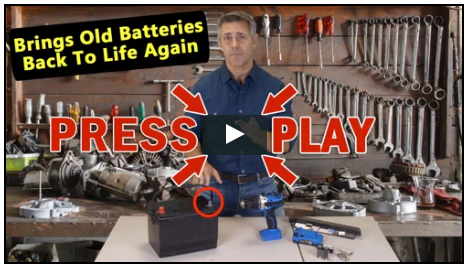 The PRRI polled 101,000 people in all 50 states in an effort to map America’s religious landscape for its American Values Atlas. The Institute claimed its research was “the single largest survey of American religious and denominational identity ever conducted.” Its researchers discovered that Christianity is in a dramatic decline in America.

Some of the most dramatic results of the PRRI’s research include:

• There are now 20 states in which people with no religious affiliation outnumber believers in all faiths.

• The least religious state is Vermont. Around 41%; or four in 10 Vermont residents, identified as “religiously unaffiliated.”

• White Christians have become a minority in the Democratic Party. Only 29% of Democrats, or less than one in three identified as “white and Christian.” That number was down from 50% in 2006.

• Younger Democrats are even less religious. Only 14% of Democrats aged 14 to 29 identified as “white and Christian.”

• The number of White Evangelical Christians in America is in decline. In 2006, 23% of Americans identified as white evangelicals by 2016 that number had slipped to 17%.

• Only around one out of 10 Americans belongs to a traditional or “mainline” Protestant church such as the Episcopalians or Methodists. Only 13% of Americans were identified as “white mainline Protestants” by PRRI in 2016. That percentage dropped from 18% in 2006.

• White Christians are much older than the rest of the population. The average age in the United States was 37.9 years in 2016, Statista reported. Around 59% of white evangelicals and 62% of white Roman Catholics and mainline Protestants were over 50, according to PRRI.

• Just 11% of Americans under 30 identified as white evangelical Christians.

• Only 11% of Americans under 30 identified as white Catholics.

• Only 14% of Americans under 30 called themselves “white mainline Protestants.”

• The percentage of Americans under 30 that were identified as “religiously unaffiliated” was 34%/ That was nearly most as big as the number of Americans that identified themselves as white Christians – 36%.

• The number of non-Judeo-Christian believers in America is tiny. Only 3% of Americans were members of non-Christian faiths like Buddhism, Islam, and, PRRI calculated. That means there around 9.8 million non-Jewish non-Christians out of a population of 326.767 million in the United States.

• Only around 1% of Americans are Muslims. That means there are approximately 3.27 million Muslims in the United States.

• There are as many Buddhists and Hindus in the United as there are Muslims. The PRRI calculated that 1% of Americas’ population is Buddhist, and 1% is Hindus.

• If the PRRI is right there are around 3.27 million Hindus and 3.27 Buddhists in the United States today.

• The most Christian state in America is Mississippi; where 60% of the population identified themselves as Protestants.

It’s important to note that these figures reflect what people told the PRRI’s researchers. Some of the respondents might have lied about their race and faith. The PRRI made no count of some Christian groups including Orthodox believers. The data indicate that America is becoming a very different and less-Christian place. If you want to see how “white and Christian” your state is, go to the PRRI website for more detailed numbers and maps for detailed information.

Lastly, while “white and Christian” has been a been a statistically large segment of America in the past, a Biblical world and life-view leave no room for racial bigotry. God created humanity once—in Adam and Eve. There were no other races, sub-races, Wookies or Morlocks. The Flood destroyed all life, except that in the Ark. No “race” or nation avoided the judgment. All the original nations of the world were scattered from Babel, and all existing nations share the same blood (Acts 17:26). We all have a common ancestry, a common origin, and a common humanity. Likewise, we all have a common requirement: To love and worship God.

The post “White and Christian” Survey Shows Changing Demographics in American Culture appeared first on Off The Grid News.